Atomic's new Skintec classic ski could have you replacing your nowax fishscale and "Zero" classic racing skis, and maybe your waxable skis as well.

I was intrigued when Rick Halling sent out the press release about the new Skintec's, just prior to the Nordic Fest Season Opener in Traverse City, I offered to review the skis on snow if he could get a pair shipped. He came through.

The skis were shipped to Brick Wheels. I arrived early for the race. While other skiers were looking for deals at the Ski Swap, I secreted the skis away to a quieter area of the store to get some up close pictures and a video.

Facts about the Skintec ski...

Let's look at the mechanicals first, a video of removing the inserts:

There are two reason to remove the insert:

Let's look at some ski details before I tell you how they felt on snow. 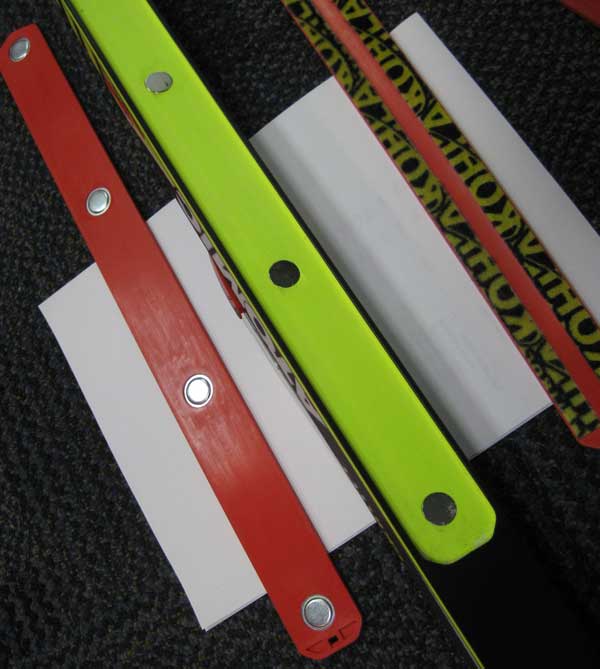 Above: The Atomic Skintec ski uses four magnets evenly spaced on the insert to hold it firmly to the ski, which has four metal disks in the inset. 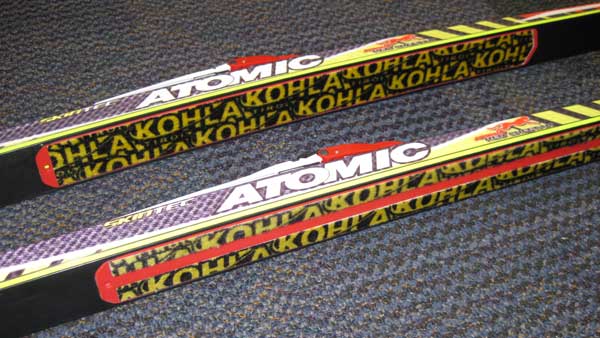 There are two sets of insets. In the photo above, I have one of each mounted on each ski. The top ski has Skintec across the entire width of the ski for better kick; the bottom has the insert featuring a "groove." 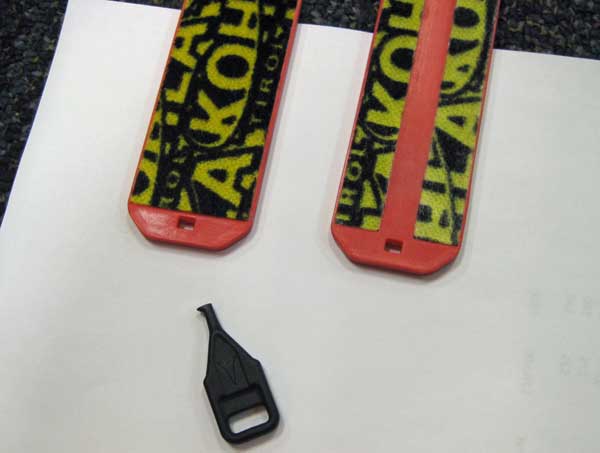 The skis come with a little plastic tool used to pull the insert up and off the ski. 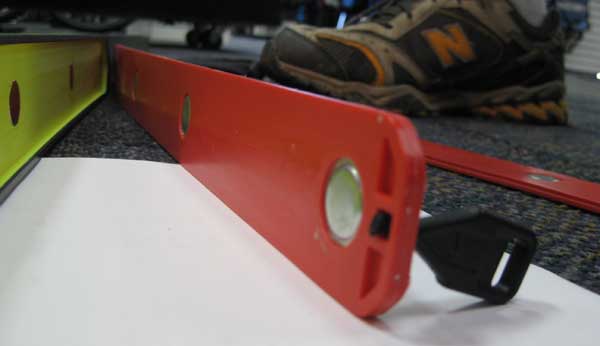 The tool's hook points toward the side of the ski - at least it seemed easier to me to pull the insert off that way. 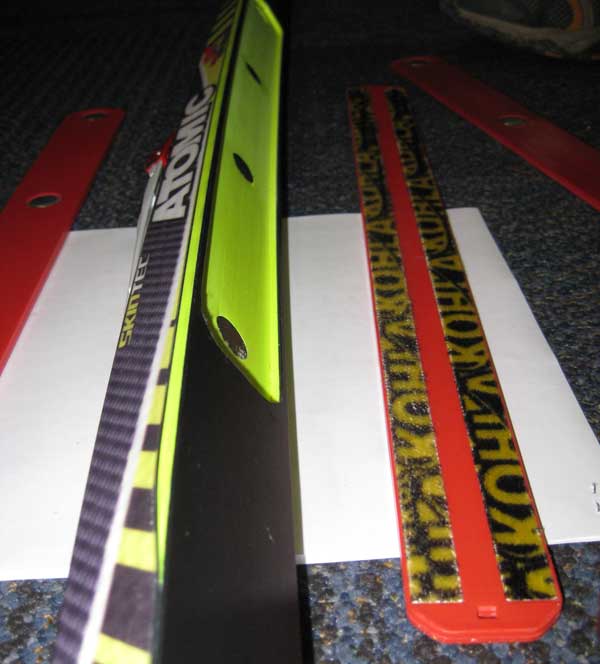 The view above shows how the insert fits into a depression in the ski base. You can also see a yellow strip - that's the elastic and symmetrical Step Down Sidewall used to keep the inserts off the snow yet compress easily to get good grip.

So how do the Skintecs ski?

Caveats: A hundred meter skating loop without a classic track does not make the best place to test a classic ski. That said, I had a bunch of skaters around me to compare glide speed on the flats and downhill, and there was one hill to climb.

These are definitely not your grandparents' draggy mohair skis from ages ago. The Skintec glide great and there's no annoying Zip-Zip-Zip associated with fishscale bases. On the short downhill, I kept up with the skaters. On the flat double-pole section, I did not feel any drag under the skis. Going around a sharp corner, I could feel the skis grab just a little bit as I stepped around hard on the edge. On a waxed ski, this would have worn a bit of the wax off the skis, overtime decreasing my kick.

I had fine kick on the flats when I strided or tried kick-dpoublepole. I struggled a little on the uphill. Could have been a technique problem (I had been on my skating rollerskis far more than my classic rolleskis) or it could have been fit, and I think it was the latter: Bill Kaltz, who weighs eight pounds more than me, had rock solid kick going up the hills when he begged the skis off me. He skied both slowly and quickly up the hill with no issues. Recommendation: Make sure you buy the ski from a shop that matches the ski to your body weight reliably.

These skis have a lot of potential - I'd love to try a pair in different conditions. There's a lot of upside:

If you're one of the many racers who don't like to mess with kick waxing and prefer a fishscale racing skis, the Skintec should be on your short list of new skis to try.

If you're in the market for Zero skis, you will want to try the Skintec as well because they are more versatile and still work in Zero conditions.

[There are some shops that have an Atomic Skintec demo program. The Cross Country Ski Headquarters in Higgins Lake is one.]