A few weeks ago, I helped out our neighborhood group of boy scouts. They had a "Klondike Derby" coming up which is kind of a large winter campout including many scout troops and competitions between them. The big one that they were targeting was a loaded sled race where the boys acting as sled dogs would be harnessed in front of the sled which they would pull the course (maybe 1 mile). The course had a little uphill and a little downhill on it. The sled was also mounted on Alpine skis like most of them are. I was glad to help out of course. 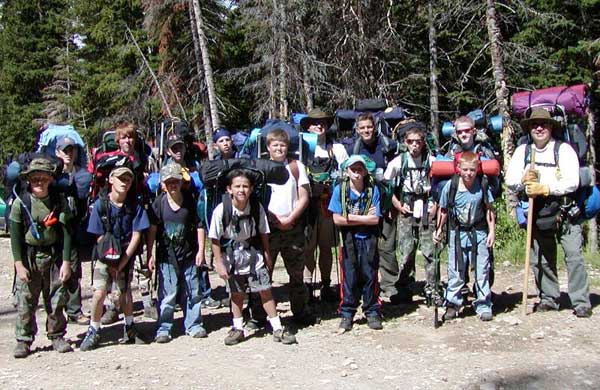 Boy Scout Troop 1066, Heber City, Utah - one of many Boy Scout troops in the Heber Valley

I gave the skis the full race prep treatment first removing any burrs or rough spots that were on the metal edges, then making sure that the ptex bases were ok and flattening and smoothing them where needed with a file and a metal scraper. Then after cleaning, I hot waxed with a highly fluorinated hydrocarbon wax (Dibloc HF Blue), let it cool, scraped it, and brushed it out. Then I crayoned on a pure fluorocarbon wax (JetStream Blue), rotocorked it in well, brushed it and polished it with a felt polishing pad. This was the full World Cup ski race treatment.

I then cautioned them that they no longer had a pulk sled, but rather a rocketship and to be careful because the thing was going to slide a whole lot faster than they thought it would so long as they kept the bases clean, kept it off the road surface (during loading and unloading), and also during the race kept the sled on the hardpack snow as much as possible. I also asked about the course and after learning that there was a small downhill, I asked the leader how he was planning on navigating it as I figured if the snow was hard, the sled was going to easily outrun the kids. He said that this has never been a problem before out of all of the Klondike Derbies that he has done and didn't think that it would be an issue.

I didn't hear anything as I was really sick and didn't leave the house for a while. Two weeks later, one of the scout leaders asked me if I knew what had happened. Suddenly I became aware that I might have some liability issues. Very interested and somewhat nervous, I asked what had happened.

It turns out that they were way in the lead, hit the small downhill and the sled went so fast it passed everyone. Only two kids were able to hang on to it. The remaining 6 were left completely behind. The time a team gets is recorded when the last kid crosses the finish line. All of the other sleds crossed together as the kids were pushing the sleds. Ours crossed with two kids stubbornly hanging on to it and the rest of the kids walking after it doubled over with laughter. They ended up 5th I think.

Pretty funny! We're going to do it again next year I gather, but hopefully this time they'll figure it out!