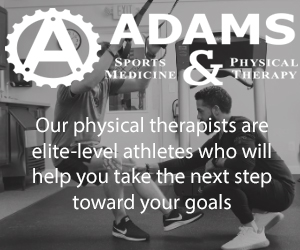 Levels One and Two

Skiers talk a lot about training levels, usually numbering them one through five, but, if my experience over the past decade and a half is any indication, truly understanding when and how to use the various levels is rare. This is the first in a four-part article about proper use of the various training levels. It is based on my background both as a skier and as a runner, and includes some of my thoughts based on the writings of the running coach Jack Daniels, whose books make interesting reading, particularly for skiers looking for a fresh point of view about training.

Level one is the place where most of us spend most of our training time. Despite this, it can be a little tricky to either stay in or to define. Basically, level one is an easy training pace where you can still talk as you run or ski (or bike or paddle, etc.). Level one is often defined as a heart rate between 60% and 70% of your maximum heart rate, or as some similar fraction of your heart rate reserve (the difference between your min and max heart rates). You might also define it as a pace where your blood lactate level is below your resting lactate level, because you are working hard enough to pump blood and clear lactate but not hard enough to build any lactic acid in your muscles.

For some people, heart rates (or even blood lactates) are an effective way to define levels. But for many people, levels are found more intuitively. For them especially, it is important to remember a few things that level one is not. It is not (and I have been as guilty of this as anyone) standing around on skis talking to your friends. It is not going for a ski with your family (as noble and good a thing as this is to do) or with your old high school buddy who has put on 50 pounds and can barely struggle up a slight incline. It isn’t even going for a run where you walk up the hills just because your heart rate starts to climb a bit.

Similarly, level one is not refusing to be passed by someone and so trying to appear nonchalant as you huff and puff a few strides ahead of her. It is not running at the pace that you could back when you were ten years younger and trained twice as much. And it is not flying down the other side of a mountain you just ran up because your heart rate monitor says your pulse is dropping.

While the above reminders are important, most people do have a good intuitive grasp of level one. Level two, though, is tricky. Level two is harder than level one, with higher rate and lactate, but still well below the pace or effort of even a marathon. Both level one and level two are basically for building aerobic capacity and capillary density and also for practicing technique. Because level two, being faster than level one, makes you more tired, many skiers oppose the idea of level two in general, describing it with the phrase “level two happens” (after the bumper sticker “#$*% happens”).

Interestingly, while skiers sometimes refer to level two as the “junk zone” runners have the opposite understanding, preferring level two and calling level one “junk miles.” I believe this is mostly because runners tend to train many fewer hours than skiers, so training a little faster all the time is not as detrimental. But there are many times skiers can use level two. First, when learning new technique, it is often hard to stay in level one; giving yourself permission to spend most of a workout in level two can help you master new motions more quickly. During phases of training where you do few or no intensity sessions, a day of level two can give you a little taste of speed. And master skiers who struggle with limited time can get extra training value out of an hour on snow by skiing a bit faster some days.

Certainly level two can be overdone. I know plenty of runners who insist on training (and even warming up) at paces just a minute per mile slower than their 10k PRs, and then wonder why they tire quickly on interval days. This is far more damaging to a training program than going a bit too slow on easy days, and that is why most coaches discourage level two. But for the reasons outlined above, level two is sometimes the way to go, and athletes who have the knowledge and courage to vary their easy training can use level two to their advantage.