The importance of rest days during the transition months 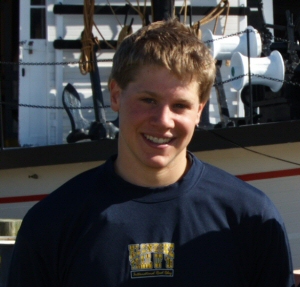 Earlier this spring I discovered for the first time what will happen if you neglect to take rest days and continue to train hard. After having a good week or two of solid rest after nationals I got right down into training for Orienteering. Colin Abbott and I will be attending the Junior World Orienteering Championships held in Primiero, Italy in early July so it was a pretty quick transition from skiing this spring. Near the end of April I started to try and run regularly and “break in” my running legs. In the past I have had trouble with early season injuries from running.

At the beginning of May organized training for Orienteering and dryland training for skiing began and I soon found myself with a bit of a hectic training schedule. I had Orienteering Monday, Wednesday, Friday and Sunday, dryland for skiing on Tuesday and Thursday and I would normally go out on some sort of adventure (Hike, bike or run) with friends on Saturday.

After two weeks of this schedule I found myself getting a little fatigued and I just didn’t feel like I had any jump in my legs. On top of this on May 15th I headed down to train with some of the National team for orienteering. We trained for three days and did one race in Kamloops, then had a weeklong training camp in Canmore followed by three days of racing in Calgary. On our training days we would often do 2 to 3 training sessions per day which left little time for recovery. My races in Calgary ended up not going that well physically as I was so fatigued from over training. I didn’t have a single rest day throughout this whole trip and when I arrived home I was completely exhausted.

I had gone almost a month without taking a single rest day and I noticed a few things were happening to me. First of all I was always tired but for some reason still had trouble sleeping through the whole night. Second I was getting sick more often (nothing big but I had frequent head colds which I trained right through). And lastly my performances in races were not up to my usual standard. When I finally got home from the training camp I took a rest day and even this single rest day helped out so much.

A few days later I had a running test we call the Heakel Hill Test where you basically run 3km uphill as fast as you can. I thought my time would be terrible since I had felt so bad at the last weekend of racing but it seems like that one rest day was enough to recover my legs fairly well. I ran the test with a personal best time beating my last time by over 30 seconds. This just went to show me that by taking a day off training every now and then you can do more good than harm.