Once again, Adam Haberkorn and the crew at Huron Meadows Metropark in Brighton, Michagin, performed a miracle to get man-made snow down on the course in time for the Frosty Freestyle. The trail in the woods was firm and very skiable (excellent!), but part of the trail leading back to the lodge was only completed a couple hours before the start. That's fourteen years in a row without a race cancellation, in southeastern, a place not known for consistent snow.

The trail was the widest it's every been after the removal of over 200 trees during the off season. The sun was out, there was little wind, and the temperatures was cool but comfortable.

2.0km was groomed. We shortened the race to 10k so skiers only needed to count five laps. The short race (5K) was two laps.

Team NordicSkiRacer's Brad Baas did it again. In his third appearance at Frosty Fest (the first being last year's 2022 Frosty Fest), he took another victory, winning the 2023 Frosty Freestyle. Baas took the lead from the start and never looked back, crushing the competition in the 10k event in 22:57. Michael Davis was second in 24:48, just ahead of Glenn Goodman in 24:50. 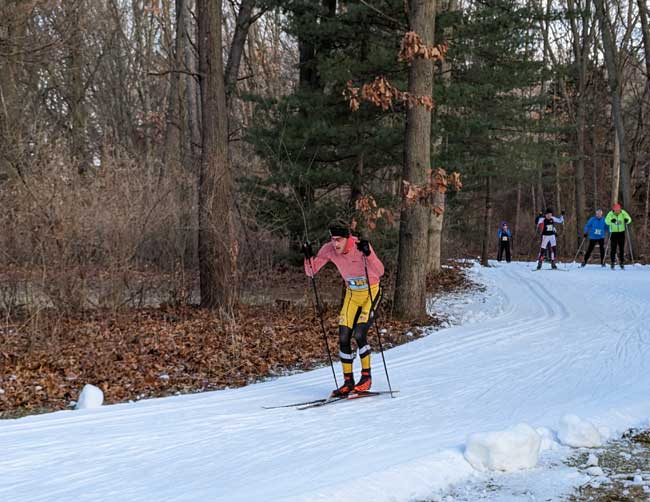 Brad Bass skis away from the competition

Not to be outdone, Sarah Duclos has a great race, finishing in 24:57 (that's 6th overall in the race, including men). Elizabeth Collisan was second in 26:31, with Mariah Frye third in 26:32. 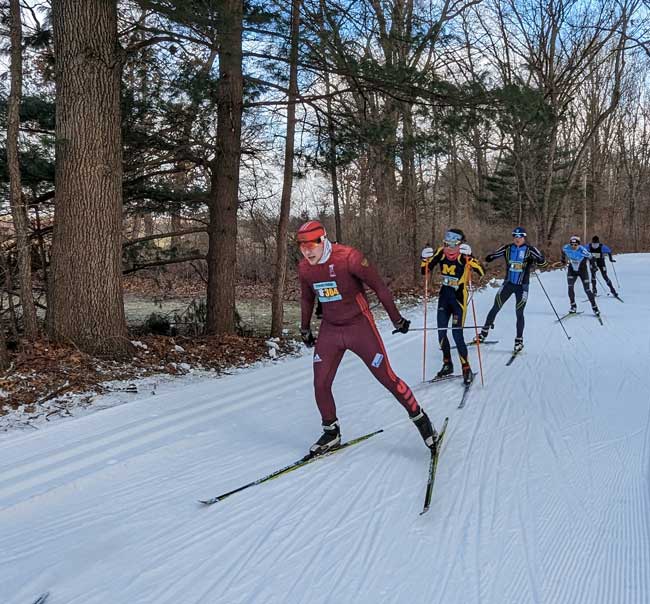 In the 5k race, Thomas Franzon finished first in 10:10. Steve Lamarra was second in 12:06 followed not too far behind by Anders Franzon. Hilary Schwafel was the fastest female in 15:24, followed by Shirel Temkin (yes, Mike's daughter!) in 16:21. Mechthild Heerde-Olind was close behind in third in 16:33.

Tons for photos and videos can be viewed and downloaded for free. Right-clink on the photo or video to download.