It's definitely been an interesting year weather-wise for racing, with several racing having high winds and frigid temps. That wasn't the case at the Michigan Cup Relays at the Cross Country Ski Headquarters in Roscommon: Warm and wet was the weather, and fast was the course!

Says Team NordicSkiRacer Tony Percha who drove up for the race, "Although there was puddled water and icy boilerplate everywhere, the course was very skiable and fast! Groomers did a good job of making it safe an enjoyable."

Teammate Doug Cornell also commented that conditions were surprisingly fast. "I was watching the classic leg and few skiers were having problems getting grip, but not all of them. Some people double poled the course. I couldn't believe how fast I went on my skate leg - conditions were great!" 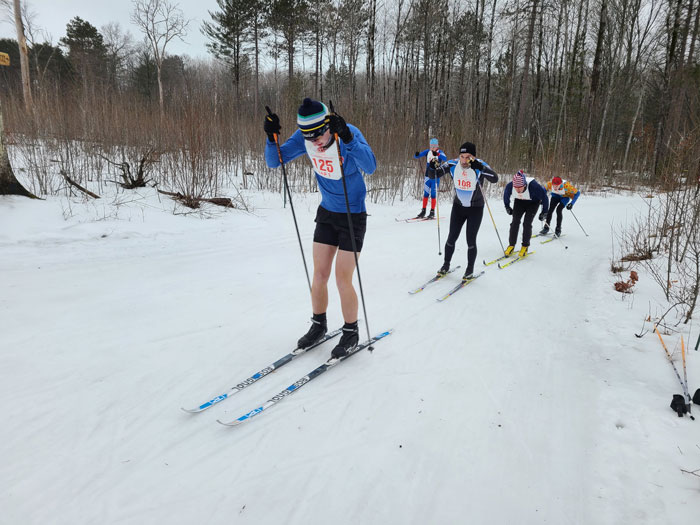 The laps were shortened compared to previous years. Each leg was two laps around a roughly 2km loop. The first leg was classic, the remaining two legs were freestyle. Each relay team was composed of three members, and their ages were summed to divide teams into two age groups: 164 & under and 165 & older. Teams were further subdivided into Men, Women, and Mixed/Coed teams.

The Male 164 & Under winning team - and the fastest team overall in 38:03 - was Team Texan, composed of Vasa junior racers Carter Dean, Ryan Donnell, and Josh Kerr. Team Texan was more than a minute ahead of second place Challenon Moorgenfour (Team NordicSkiRacer) with Yvon Dufour, Charles Moore, and Allen Sorgenfrei. 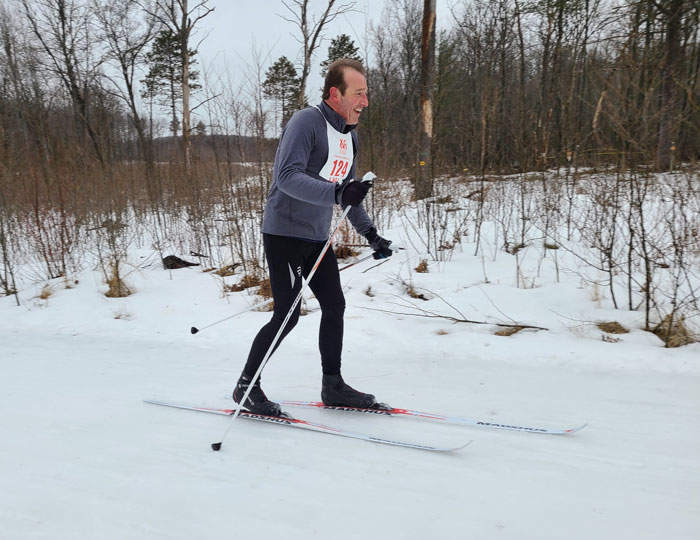 In the Female 165 & Over category, Vasa took the top two spots. Vasa Valhalla (Jennifer Brown, Melinda Mitchell, and Gussie Peterson) and Fireball (Kate Easlick, Cyndi Holiday, and Amelia Hasenorhrl ) were first and second in 56:36 and 57:23. 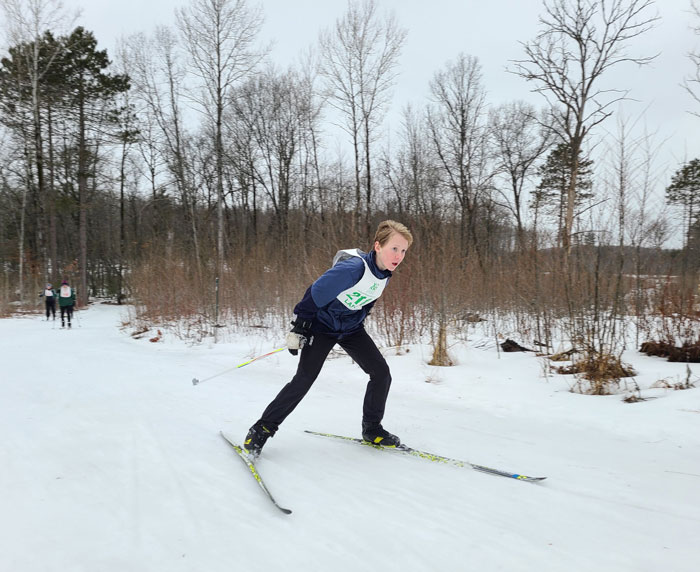 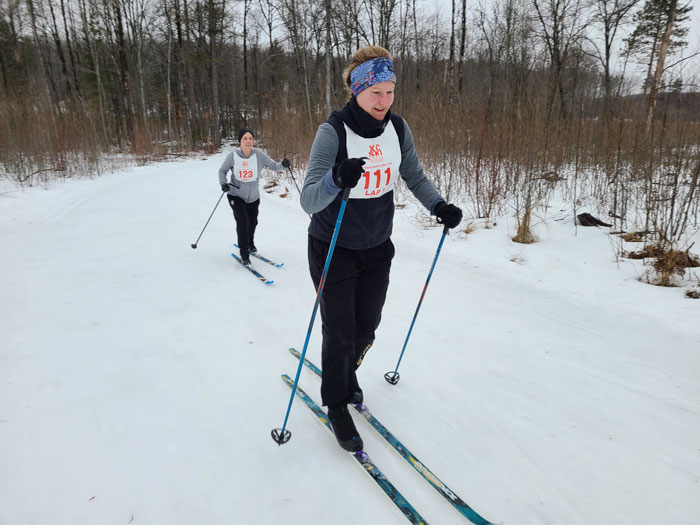 Doug Cornell took a bunch of photos before he skied the third leg.  See if you're in them!

Full results below. You can also download a PDF version of the 2022 Michigan Cup Relay Results.