Conditions and costumes were both excellent for the 29th annual Junior Muffin Race at Cross Country Ski Headquarters. A record number of skiers turned out for this year's Muffin Race: 34 juniors competed in the Michigan Cup Junior Team Sprint Relays (ages 13-19), and 53 juniors competed in the Mini Muffin races for ages 12 and under. Most racers wore costumes - as is custom with the Muffin Race - which made everything extra fun and festive! 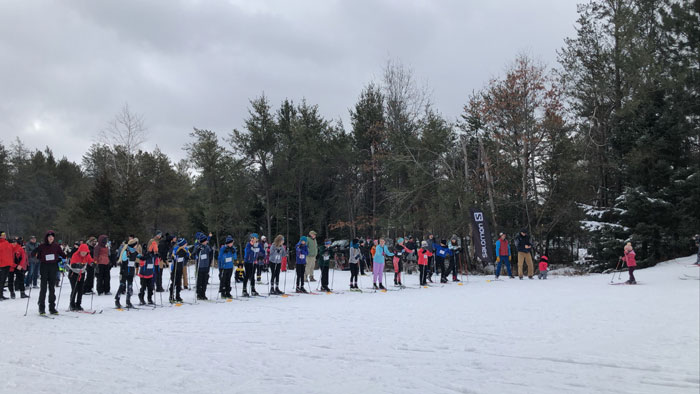 Temps stayed in the mid-20s the whole day, and the sun peeked out from behind the clouds several times during the races and awards party on the sun deck.

The Muffin Team Sprint Relay race was a freestyle race with 2-person teams. Each person skied 3 laps around a 1.5km course on the Rolling Hills trail, handing off to his/her teammate between each lap. The course was hilly, and according to the top male finishers, "just the right distance." 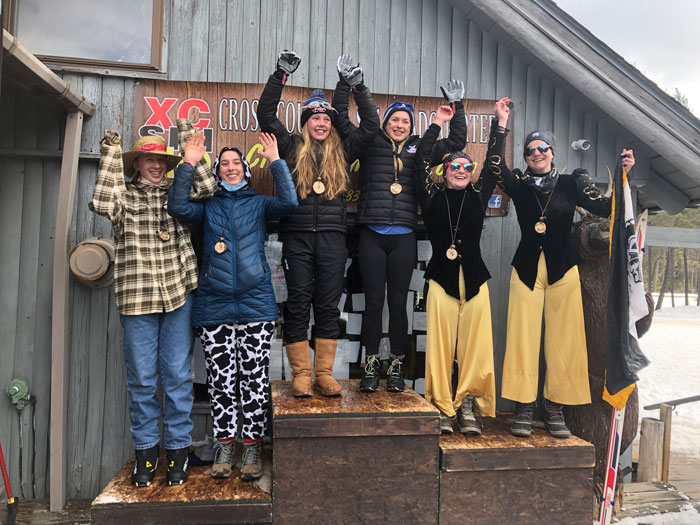 Finishing in first place for Boys was Team Food, with a time of 29:24, followed closely by The Flyin' Hawaiians and The Clippers. For the Girls, Freestylers solidly took first with a time of 34.43, followed by USC Raptor Color Guard and The Farm (excellent costumes, girls!). For the Co-Ed division, there were only two teams - second place was The Slayers, and first place was - no joke - Team Chinobasotraumatotomophobia. Try saying that even one time fast! 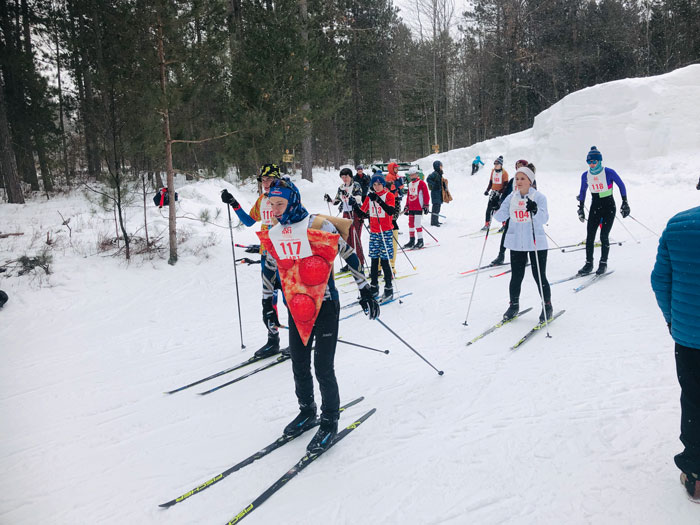 The award for Best Costume went to a certain skier who wore a hockey uniform and hockey helmet, and skied the entire race using hockey sticks as ski poles. A major effort!! 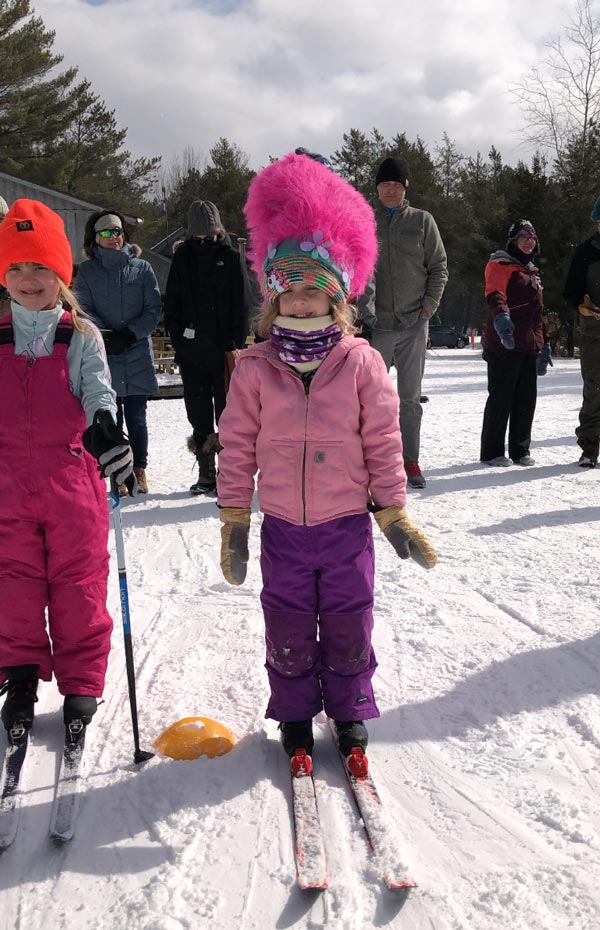 The Mini Muffin Race was darn near the cutest thing you've ever seen. A swarm of kids and parents cheered on the racers, which included a bumble bee, a dragon, Harry Potter, and many more awesome costumes! Ages 10-12 skied 2 laps around the Blizzard trail (about 1.6km in total, ages 7-9 skied one lap (about 0.8km), and the Tiny Muffins ages 6 and under skied the small pond loop. There were many close finishes, and a lot of big effort put forth by all. Our only regret is that we ran out of Mac 'n Cheese too early!!

A big thank you to everyone who participated in the Muffin Race, and to all the parents and coaches who support junior skiing in Michigan. We are already looking forward to next year's Muffin Race! 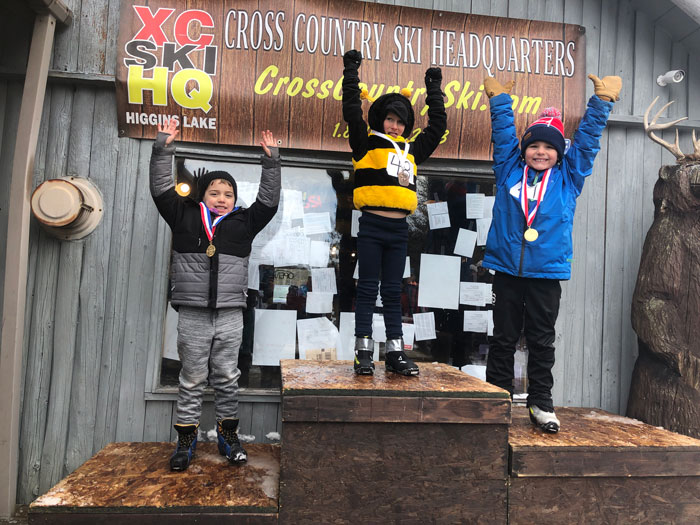 6 and under boys podium 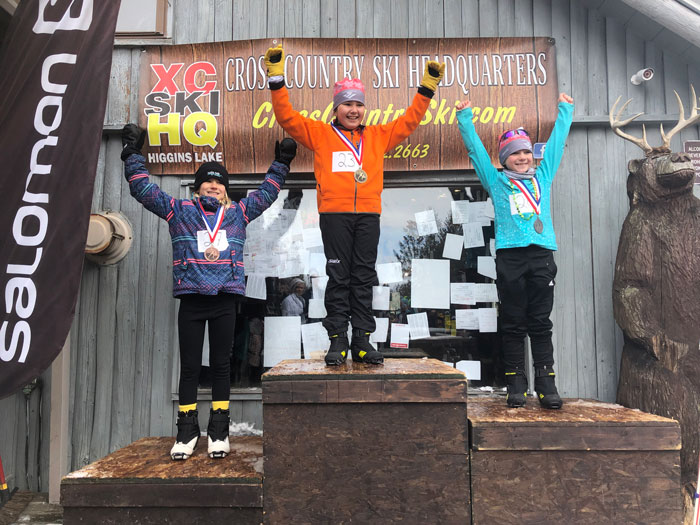 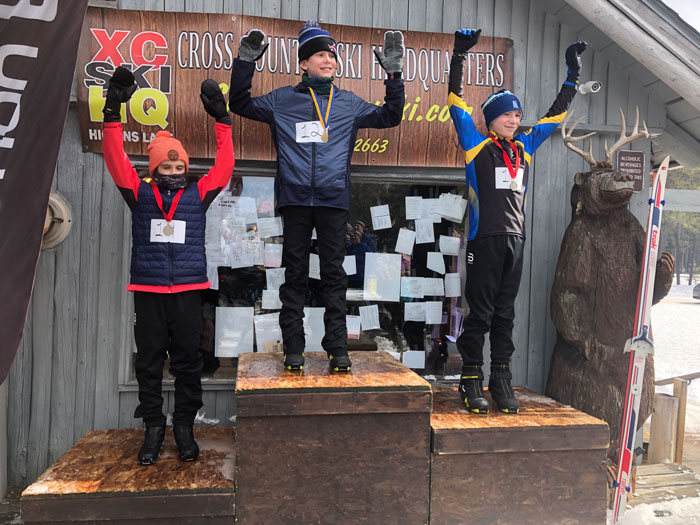