UPDATED Feb 21, 2022: A couple times were wrong and the results have been updated.

Things were a little better day two of the Michigan Cup Championships. The weather warmed up to 23! The sun was out! It was (slightly) less windy!

The Meijer State Games / Hanson Hills Classic was relocated to Forbush Corner after warm weather reduced the snow pack on Hanson Hills Recreation Area's ski trail. Phenomenal tracks, if a bit slow from the dry blowing snow. But tracks were faster than out of the tracks! It was slow enough that some of the diehard doublepole machines actually had kick wax or skin skis under their feet.

The race was two laps around the Back Forty in the normal counterclockwise direction. 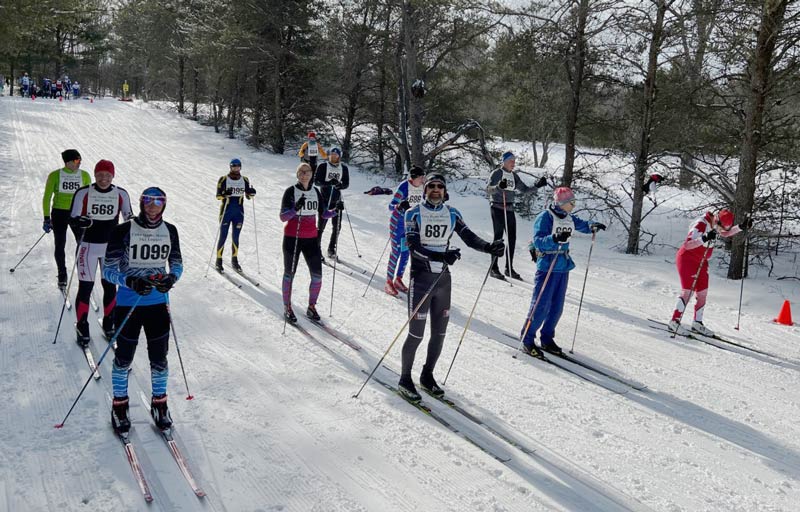 Wave of skiers getting ready to start (Photos: Justin Andre)

Rebecca Davis tore around the course in 48:41. Yesterday's winner, Jordyn Ross finished second in 50:03, followed by Mandy Paull  in 54:19 (no broken binding THIS race!)

Jorden Wakely took his second victory this weekend, getting to the finish line first in 39:32. Michael Davis finished second in 42:28. Denny Paull was not too far behind in 42:53.