UPDATE Feb 19, 2022. The result files had labeling errrors - like the girls classic was marked in the file as girls freestyle. The files have been updated by the race officials.

The Michigan High School Cross Country Ski Championships were hosted by the Superiorland Ski Club and Ishpeming Ski Club this past Friday and Saturday, February 11 and 12, 2022. Friday’s competition was held at the Al Quaal Recreation Area in Ishpeming; Saturday’s races took place at the U.P. Nordic Ski Complex (Suicide Bowl), in Ishpeming on Saturday.

Eight teams from around Michigan took part in the event:

There are TONS of pictures (almost 400), mainly of Vasa Ski Club racers, from Coach Amy Powell. Feel free to download! 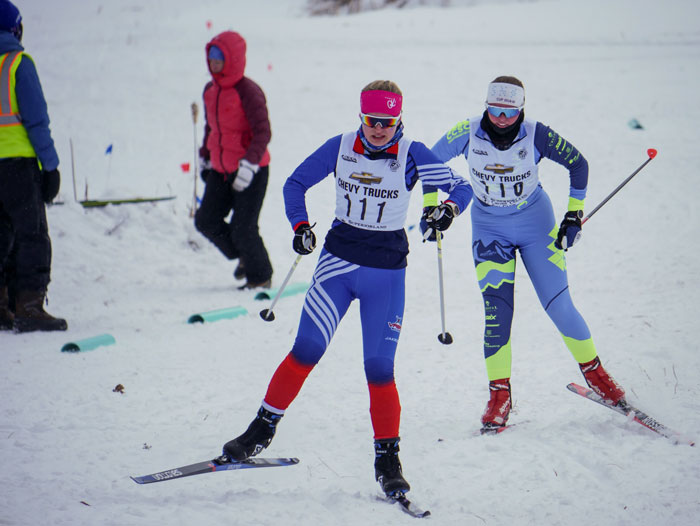 For the girls, Arianne Olson (Grand Rapids Nordic) took no prisoners, finishing in 20:15, more than full minute ahead of her competitors. Annie Paulson (VASA) was second in 21:30, followed by Mylie Kelly (Copper County) in third in 21:46. 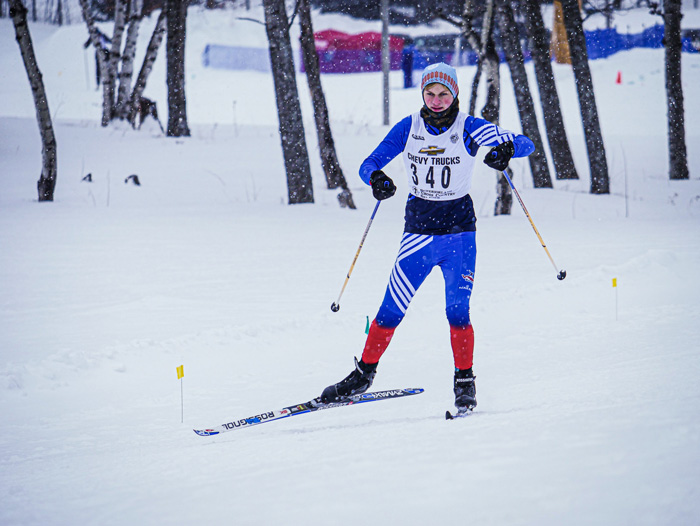 Saturday morning was the Boys and Girls 5km classic pursuit. In a pursuit, the fastest freestyle skier from the previous days race starts first, then each remaining skier starts based on how many seconds they were behind the fastest freestyle skier the day before. If they were 20 seconds behind in the Freestyle, they started 20 seconds behind that skier in the classic. Skiers received Freestyle, Classic, and combined Pursuit rankings.

In the Pursuit, Will Haapala took first, with firsts in both the freestyle and classic races. Cyrus Hamlin and Josh Kerr were second and third.

By winning both the freestyle and classic races, Arianne Olson won the overall pursuit. Ingrid Seagren and Annie Paulson were second and third. 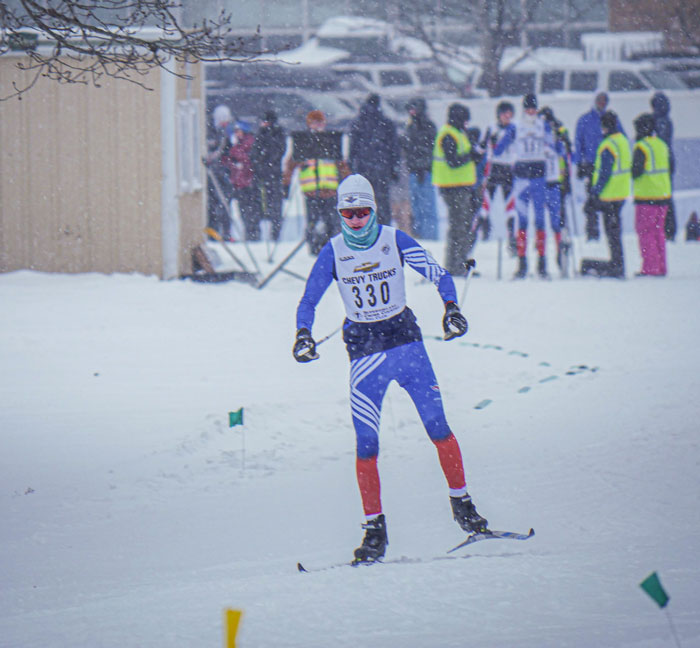 Saturday afternoon was the Freestyle Sprint race. Racers first completed a sprint qualifier, then raced sprint heats, the B finals, and finally the A Finals.

There was also a middle school mass start 3km freestyle race. Peter Argeropoulos and Fischer Palomaki (both Superiorland) finished first and second in 13:44 and 13:59. Bode Dykstra (VASA) was third in 15:04.

Superiorland's Silvia Palomaki was the top girl in 14:36, followed by Peninsula Nordic's Allie Pietila (15:08). In third was Copper County's Avery Kelly in 17:22. 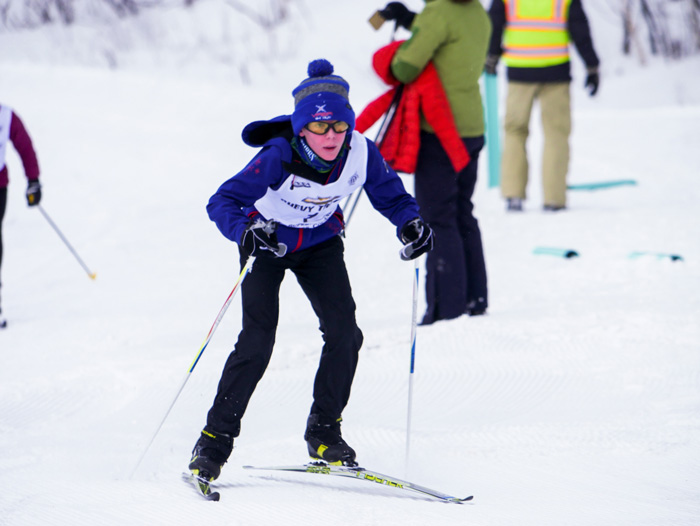 One skier entered - and won - the adaptive race. Maria Velat of the Crystal Community Ski Club finished in 12:13.

Copper Country Ski Club finished first overall in the team competition. The Ski Tigers had a total of 661 points (335 for the girls who were ranked #1) and 326 for the boys (ranked #2).

In second place was the VASA ski club. The VASA boys were top ranked with 368 points, the girls ranked #2 with 260 points for a total of 628 points.

Bringing in third was the Superiorland Ski Club. Superiorland's girls and boys team each ranked 3rd (237 points and 248 points) for a total of 485 points.