It was awesome conditions for the Michael Seaman Memorial Classic Race at Forbush Corner on Sunday, February 6. Deep tracks - some dirt in spots because of the big warm-up a couple days earlier, but nice weather. The race covered much of the Forbush trail system, including the big climbs (and descents) on the Back 40.

The start was in waves of around 8 people, each wave two minutes apart.

Jordyn Ross (Grand Rapids Nordic) also crushed the competition, finishing first in 45:11. Elizabeth Callison (U of M Nordic) took second in 49:28, and Heather Compton (Hanson Hills / Cross Country Ski Shop) proved she can run a ski shop AND race with the best by taking third in 53:14.

Annie Paulson was the fastest female in 22:00, pushing Arianne Olson (Grand Rapids Nordic) - until today, undefeated in 4 races - into second in 23:17. Ella DeBruyn was third in 24:35.

A special callout goes to Mandy Paull who broke a binding during the race. She ran the rest of the course, carrying her skis, and finished 8th overall in the Women's 12km. Never give up!

A few pictures below (more pictures can be found in the race photo album), followed by the complete results. 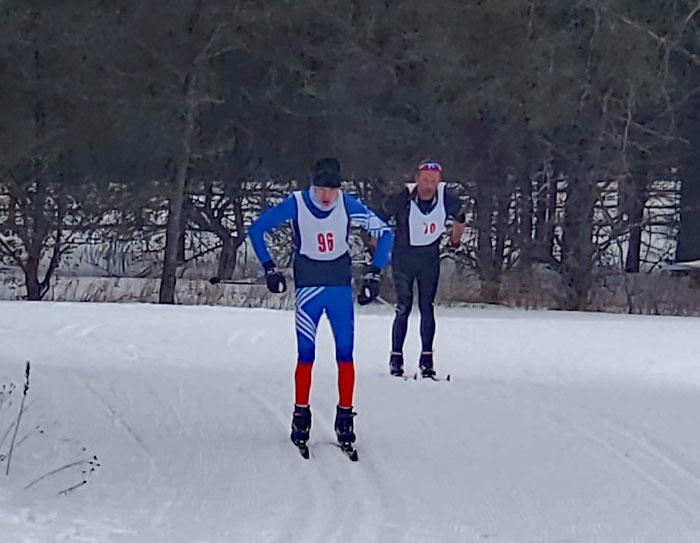 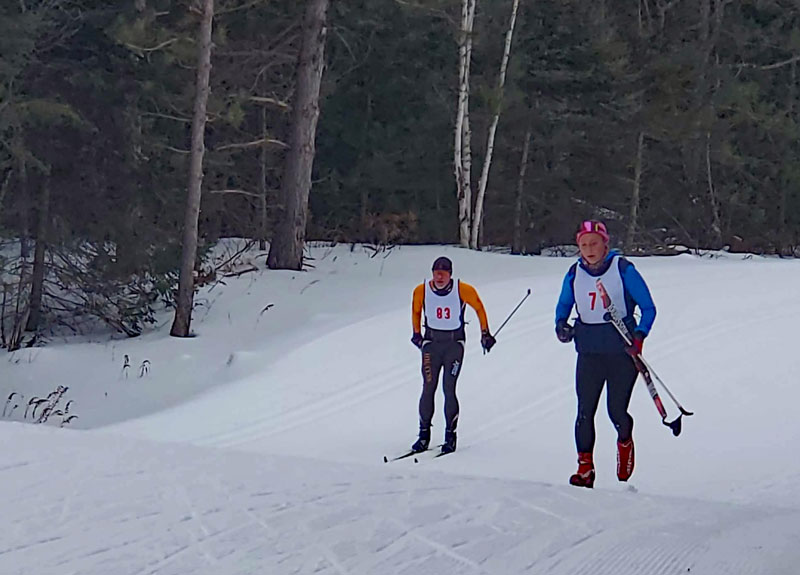 Mandy Paull broke her binding but it didn't keep her from finishing the race. She ran across the finish line with 8th overall for the women! 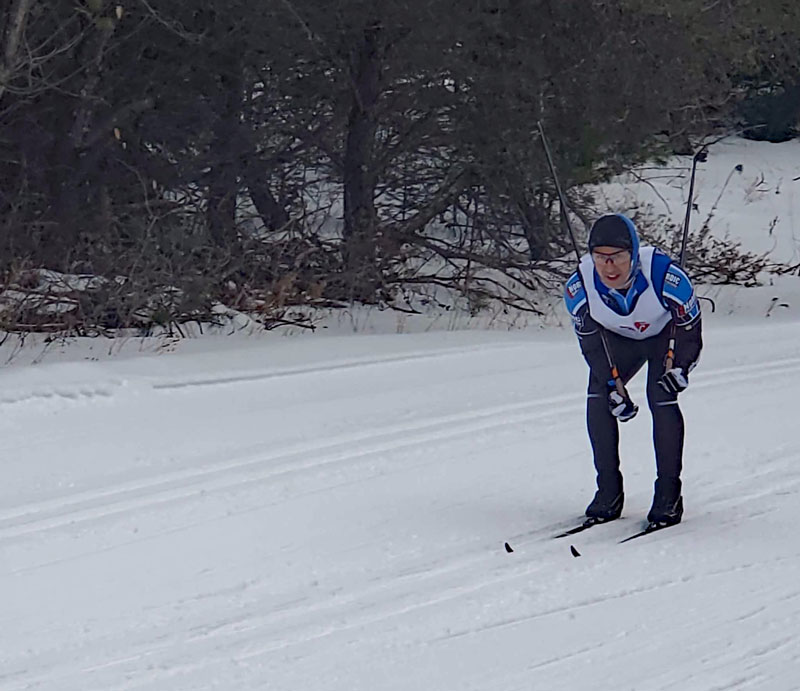 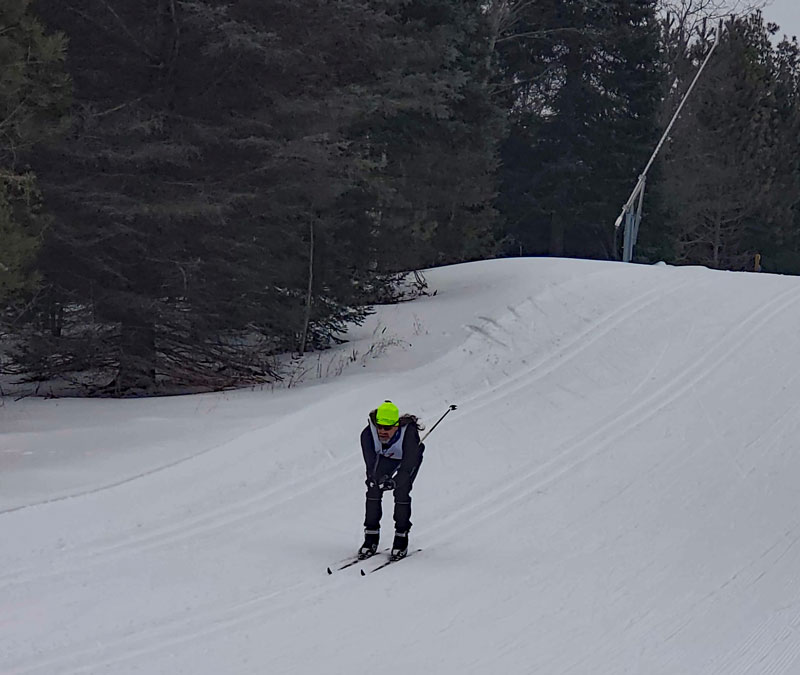 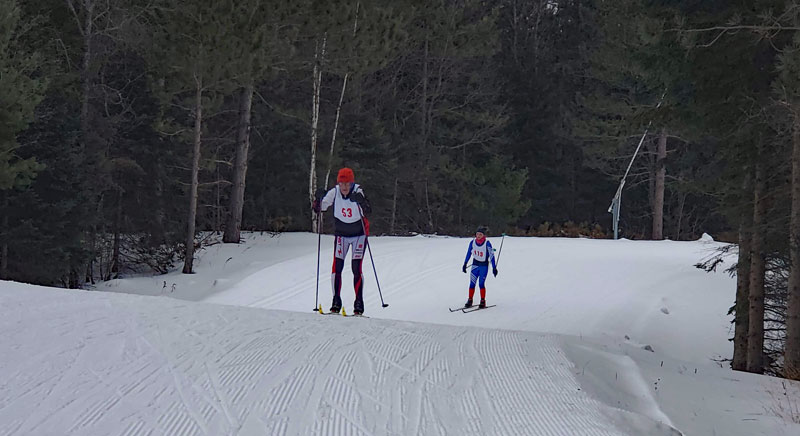 Dan Nolen and Beatrice Plum on the final climb