Saturday's Frosty Freestyle may have been held in the mid-teens, but things warmed up into the mid-thirties by the time Sunday's Krazy Klassic started. Quadruple tracks (two out, two in) were set from the club house / start line / lap out to the loop in the woods, and triple tracks were set through the woods. 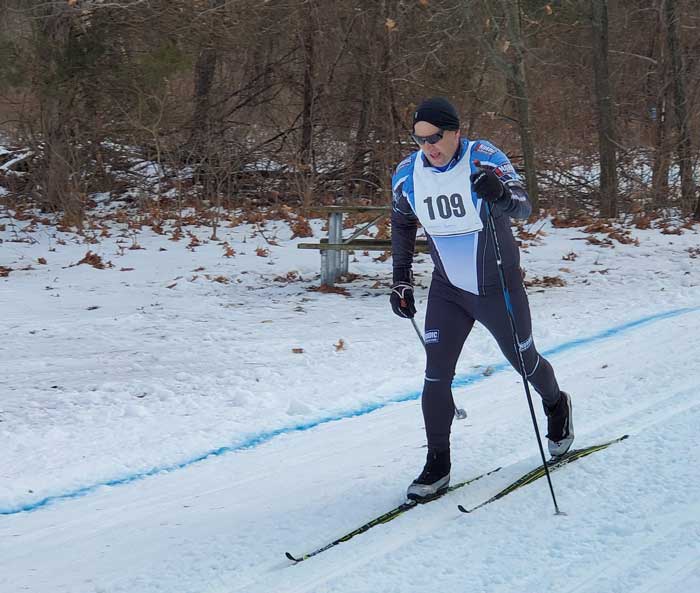 Adam Haberkorn races toward the finish

As the course is relatively flat, the top racers all doublepoled the course. Some still used skin skis or a little wax (just in case....) but doublepoling was the technique of choice.

Conditions were quite fast. Tracks were firm but with dropping temperatures (by the end of the race, the temps were below freezing), the track firmed up even more.

The 12km distance was five loops around the course; the 5km skied two loops. 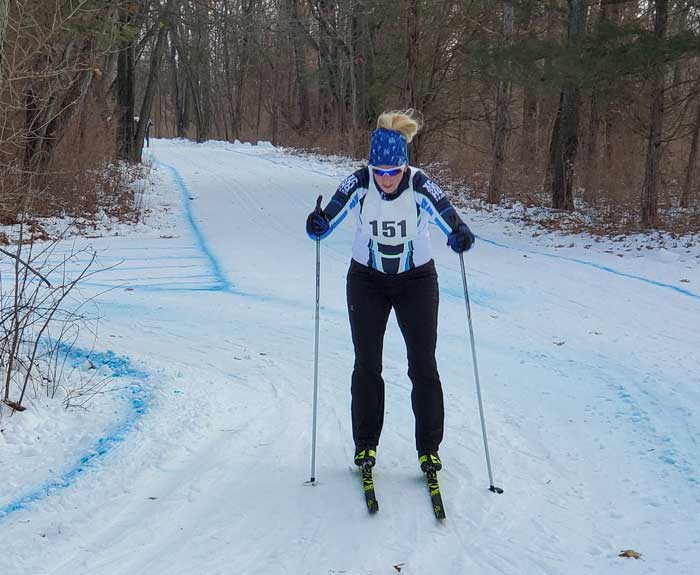 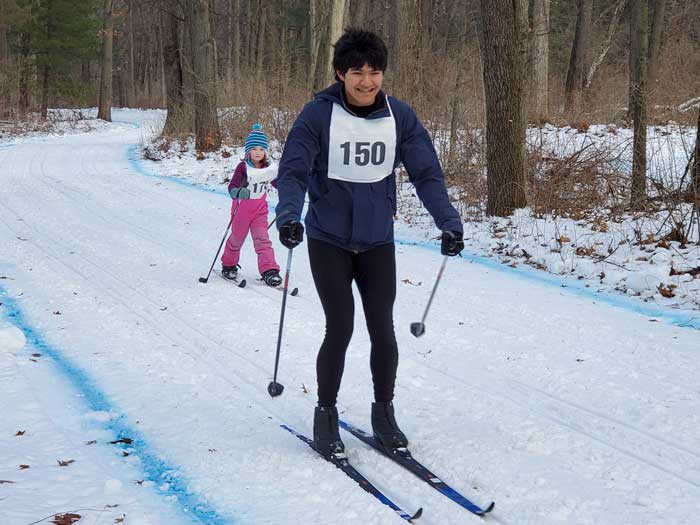 Arianne Olson repeated her Frosty Freestyle performance with the win in the 5km in a time of 15:29. Olson beat all the 5km men both days. Izzy Salley took second in 25:58 and Tracey Paulson was third in 28:34. 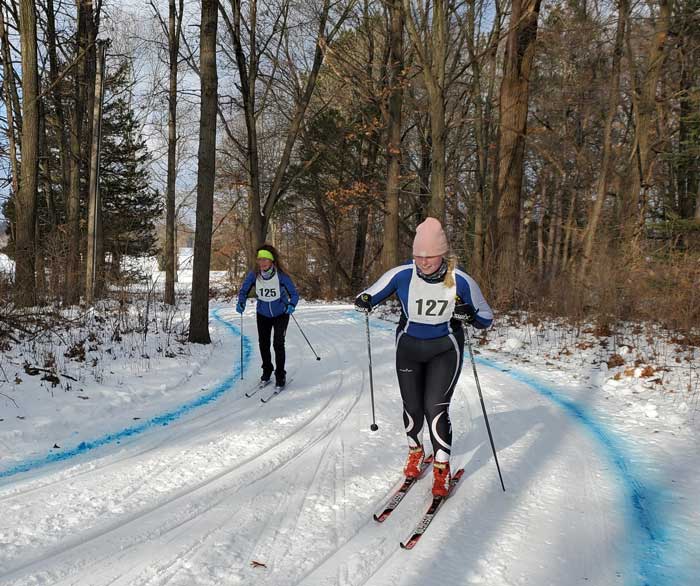 Gwenn Stevenson and Gwendolyn Wright in the 12km

My race you ask? I had a solid race with fairly even splits - good enough to take 10th for the men. I just could not quite hold off Samuel Fey in the last kilometer and missed 9th by 9 seconds.

PDF copies of the results:

Photos taken by me after I finished the race: 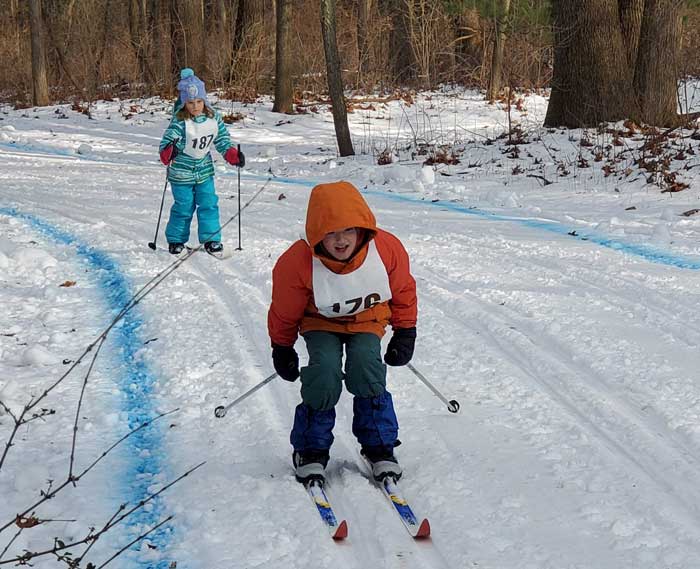