We had what were arguably the best conditions ever for the 2022 Frosty Freestyle. Firm base and soft top for skating, deep and firm tracks for classic. Temperatures were in the high teens, it was beautiful and sunny. There was a bit of wind in the face as skiers headed toward the lap / finish line.

The trail conditions were enhanced by a new pump purchased by Huron Meadows Metropark for their snowmaking equipment. The high pressure pump allowed them to build piles of snow three times faster than the old pump. Huge piles of snow were made on very short notice (given the warm weather) and spread on the course this week. The snow also seems a finer consistency. A bit of natural snow was mixed into the man-made snow from a couple different snow events in the previous week.

The 15km race skied 6 laps around Buck's Run at Huron Meadows Metropark in Brighton, Michigan. The 5km race skied two laps. Skiers were responsible for keeping track of their own laps. 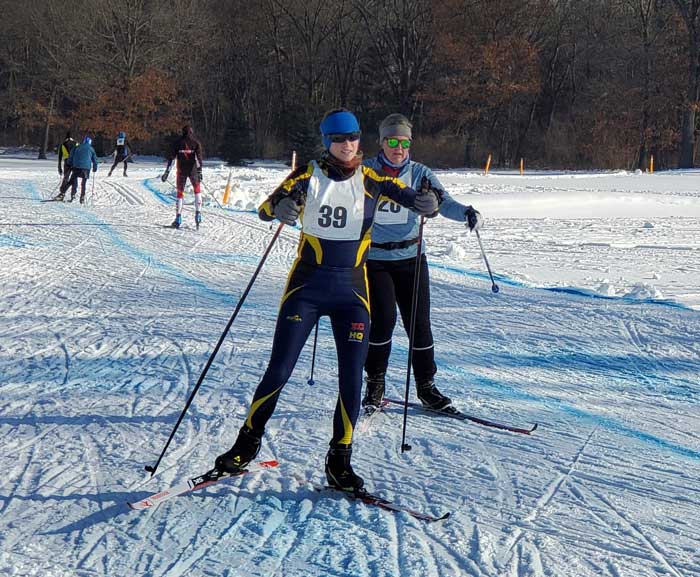 In the 15km freestyle, a group a skiers tried to hold onto Team NordicSkiRacer's Brad Baas for the first lap before sanity took hold and they backed off. Baas went on to win in a blistering 36:17. Michal Davis (Hanson Hills / Cross Country Ski Shop) finished second in 39:21, about three minutes behind. Davis's teammate David O'Neil was a few more seconds behind to take third in 39:49.

A trio of three women battled it out during most of the race. When they passed me in latter half of the race, Rebecca Davis (Hanson Hills / Cross Country Ski Shop) was pulling Sarah Duclos and Elizabeth Callison (both University of Michigan Nordic Ski Club). Duclos was able to pull into the lead and build a gap to win the 15km in 42:19. Davis came in second just 18 seconds behind (42:37), with Callison third in 43:48. 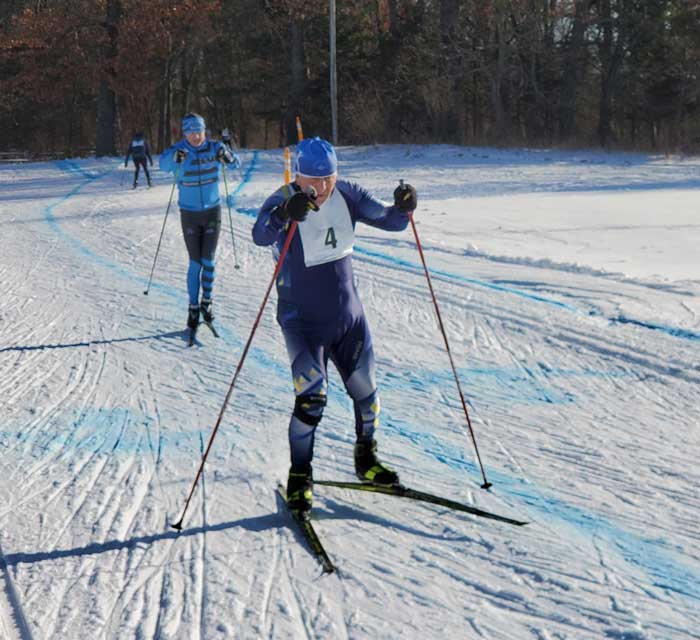 PDF copies of the results:

I took photos after I finished. You can download them for free. They are posted both on the NordicSkiRacer.com site and on the SkiSignUp site. On the latter site, you can search by bib, first name, or last name! 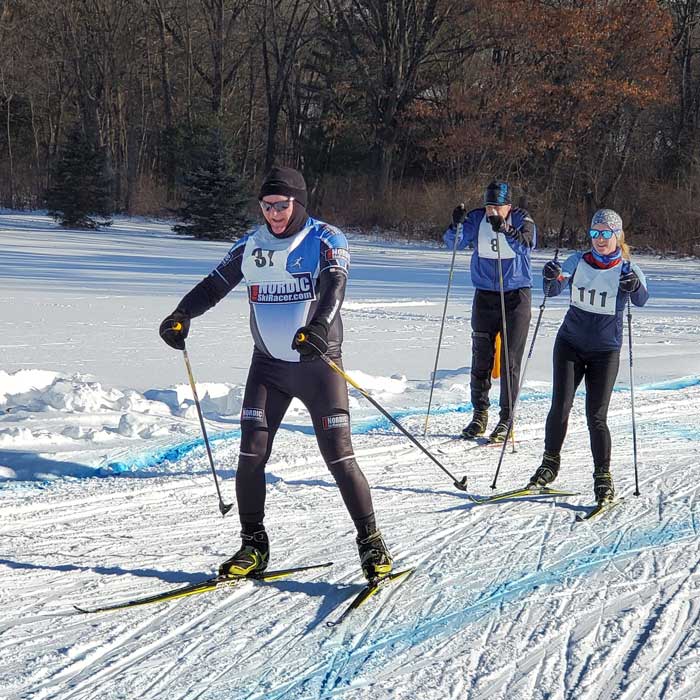