This has been a long standing project but we are really getting there with fluoro free topcoats now. We tested in Soelden, Lillehammer, Davos (a few times), Le Grand Bornand, and Val Gardena as well as at Soldier Hollow in the US. The results have been quite exciting!

From our Chemist who was on site in the European testing locations, "I had several good results with the new type of waxes, from the same wax families you got. Had been beating several times JetStream Red and HelX Red."

At Soldier Hollow, we just tested lots of different new formulas of new fluoro free Topcoats and were surprised and pleased by the results. Our most recent test was in very cold fast snow which had a mix of new snow and older manmade snow tilled in together. This is "normal" Soldier Hollow snow and conditions that one could reasonably expect for the upcoming US Nationals which will be held there the first week of January. 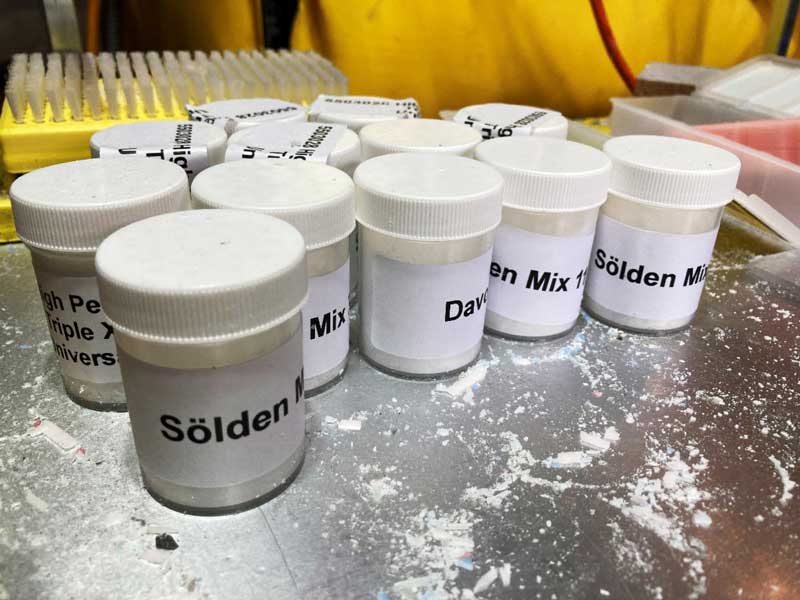 The test ran over a period of 3 hours and included a retest at the end. The results showed 6 different fluoro free topcoats beating JetStream Blue. This is JetStream Blue's best conditions so this was exciting! Our best overall topcoat (best in the cold fast snow and also later when the sun was taking affect on the still cold snow) was the formula called Soelden 15. There were 12 different topcoat formulas from 3 different "families".

I am ordering the Soelden 15 powder so it will be available to teams at US Nationals. The future is getting here sooner than I had thought! For the rest of this winter, these formulas will be dialed in. I anticipate next December they will be available to the US ski racing public (and maybe sooner).

This is an exciting time to be working for Toko! Of course we will keep testing not only these products but also the new High Performance hot waxes and liquid paraffins to ensure optimal familiarity and application method. This information will be shared as soon as we have confirmed or learned a lot!