U.S. Ski & Snowboard has announced the Davis U.S. Cross Country Ski Team nominations for the 2021-22 Olympic season. Nominations include those active athletes who qualified based on published selection criteria in the prior season.

Schumacher, who just two years ago was a member of the Development Team, moved from the B Team up to the A Team following a break-out season that included more than a dozen top-30 World Cup results. JC Schoonmaker, who was on the Development Team last season, also joins Schumacher on the A Team this season after posting numerous top 30 World Cup results. Diggins, Brennan, and Hailey Swirbul, who picked up her first career World Cup podium last season, were also nominated to the A Team. 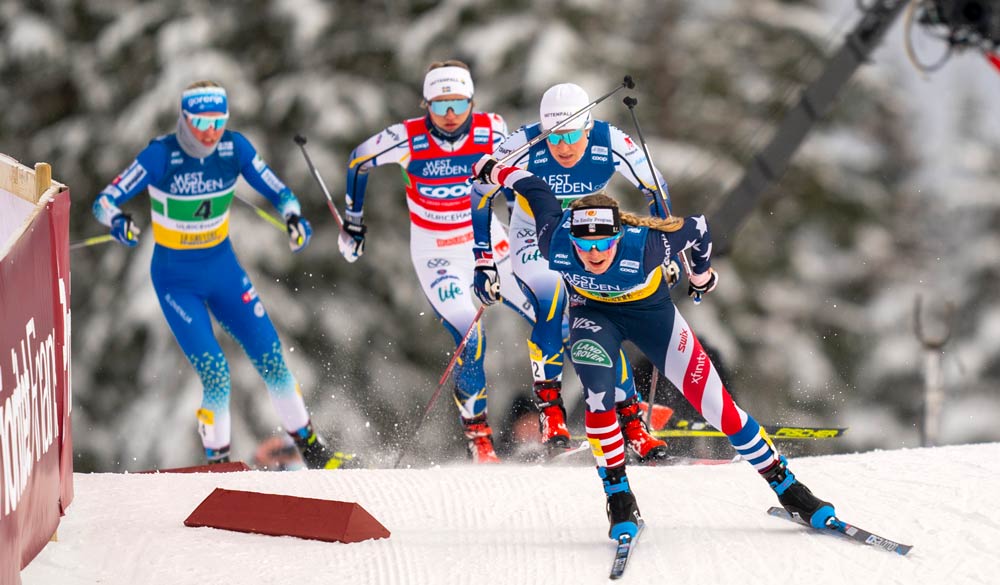 Athletes nominated to the team will all be invited to the first training camp of the season May 15-28 at Mt. Bachelor / Bend, Oregon. Team training camps will follow July 25 through Aug. 7 on Eagle Glacier in Alaska; and October 4-18 in Park City, Utah. The 2021-22 FIS Cross Country World Cup season kicks off Nov. 26-29 in Ruka, Finland. The 2022 Olympic Winter Games are scheduled for Feb. 4-20 in Beijing.

Each athlete accepting the nomination to U.S. Ski Team receives world-class program support, along with access to the USANA Center of Excellence, as well as athletic benefits including elite coaching, sport science, sports medicine, and high performance staff, and education opportunities.

An official Davis U.S. Cross Country Ski Team announcement will be made in the fall.