Fjeldheim's Wildcats won both the men's and women's CCSA team titles as well as the men's, women's, and overall NCAA Central Regional Championships.

NMU also finished the 2021 NCAA Skiing Championships fourth overall in the Nordic standings. The women's team was third overall while the men's team was fifth. 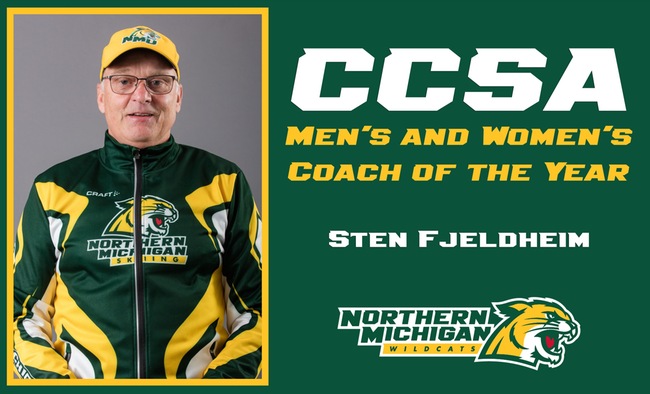 At the CCSA Championships, Zak Ketterson won both men's races with Kjetil Baanerud in second of each. The women's team had a podium finisher in the 5K race (Hilde Eide, third) and swept the 15K race, with freshman Pearl Harvey earning her first collegiate win.

The Wildcats had five All-America performances at the 2021 NCAA Championships. Molly Miller collected two honors while Malin Boerjesjoe, Ketterson, and Baanerud each had one.

This is the eighth CCSA Women's Coach of the Year award for Fjeldheim and the fifth on the men's side.

[Many Michigan Cup skiers have received coaching from Sten over the years from clinics sponsored by the Grand Rapids Nordic Ski Team and NordicSkiRacer.com. He's a great teacher of technique and training!]