It was a fabulous day for the MI Cup Relays!

It was a fabulous day for the Michigan Cup Relays at Cross Country Ski Headquarters! Cold overnight temps gave way to 22 degrees and sun at the start, and then warmed up to 34 degrees for lunch and awards ceremony in the afternoon. Skiers from all the Michigan Cup teams showed up and reveled in great spring conditions and camaraderie.

Twenty-nine relay teams took on the course, which consisted of several trails and plenty of sections that had been bolstered by artificial snow. The tremendous snow-moving and grooming effort by the HQ grooming team of Mike, Butch and Tony resulted in a gorgeous, 6km course of flat and hilly terrain. Each relay team had one classic leg and two freestyle legs, and each skier completed one lap.

After the 11am start, most teams finished by about 12:30. Skiers enjoyed outdoor lunch of pre-portioned chili and mac-n-cheese, as well as a sunny, post-race atmosphere of sitting around tables and bonfires, and sipping $2 pints in their commemorative pint glasses. 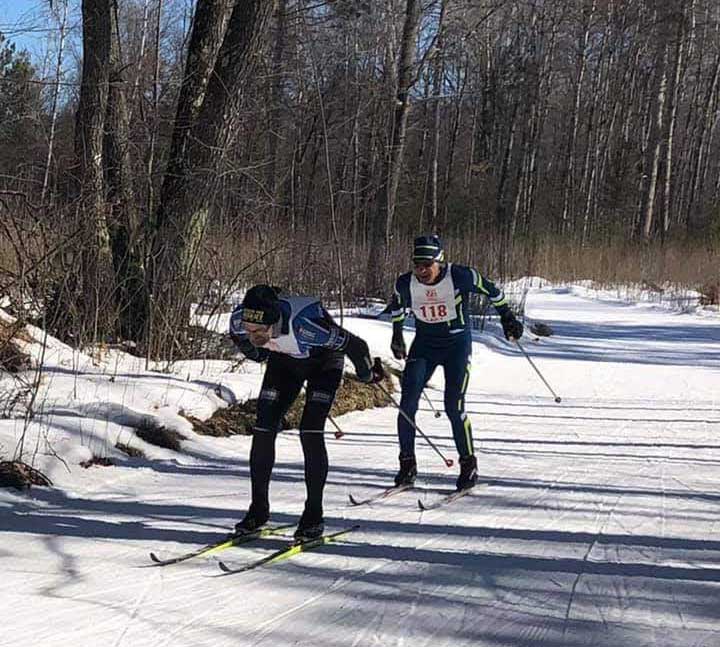 For the Male 165 and Over division, team "Vasa Old Guys", with Cliff Onthank, Ken Dawson, and Glenn Goodman won with a time of 53:08. Just three seconds behind was Nordic Ski Racer's team "Canamers" (Allan Sogenfrei, Doug Cornell, and Yvon Dufour) with a time of 53:11, followed by "GRNST #2" (Donavan Anderson, Dan Wisnecki, and Steven Smigiel) with a time of 59:32. This division was one of the more competitive, with 8 relay teams. 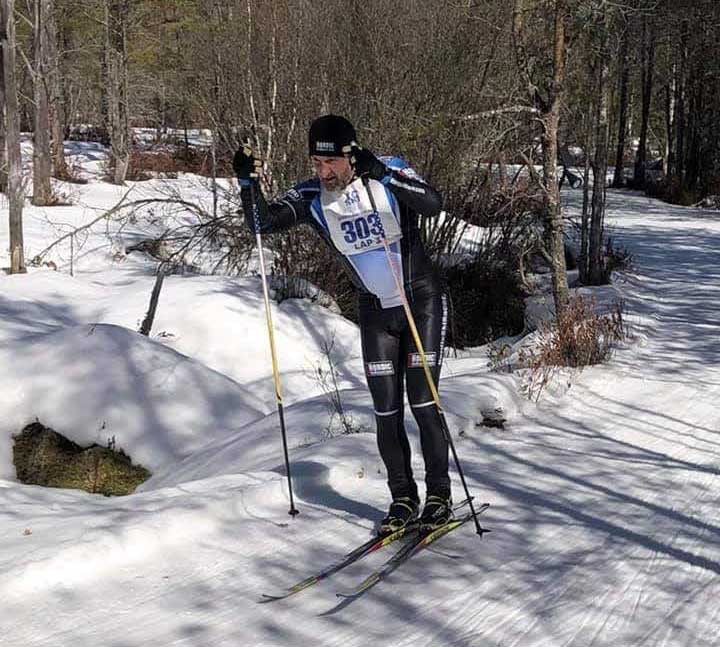 The Co-ed 165 and Over division was won by NSR's team "Supersonics", with LInda Allen, Frank Nizio, and Jared Robers with a time of 01:25:37. "The Elders" from team XC Ski HQ took second with a time of 01:58:54 and consisted of LInda McGiness, Mary Alsager, and Richard Wells. Rounding out the division was XC Ski HQ's team "Northern Lights" with Bob Frye, Missy Jackson, and 86-year-old inspirational marvel, Marv Stevenson. 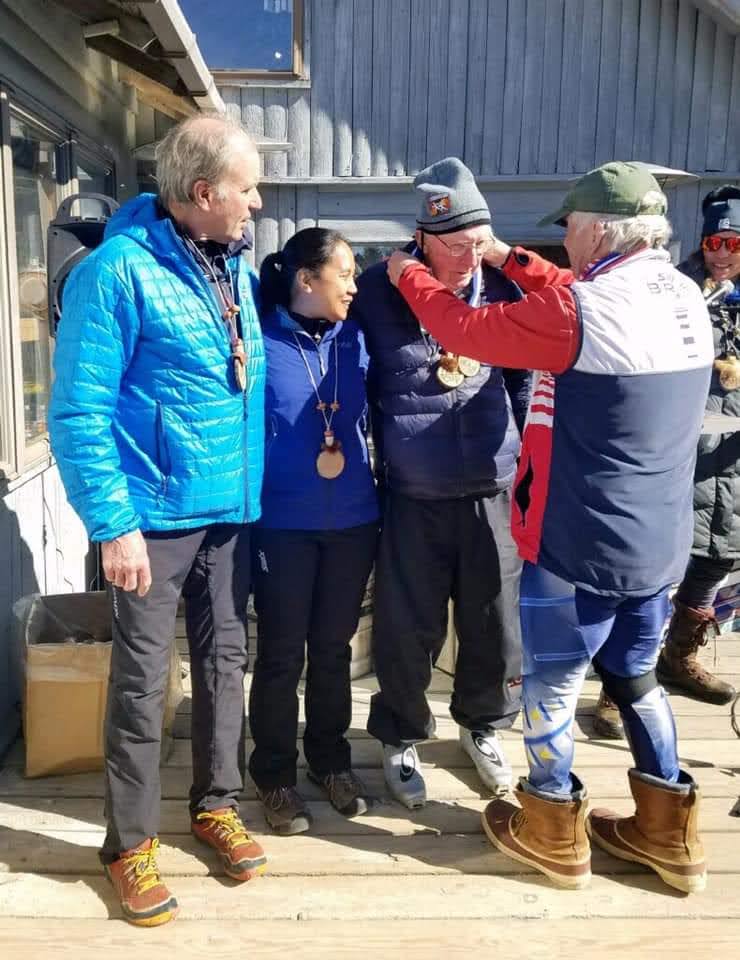 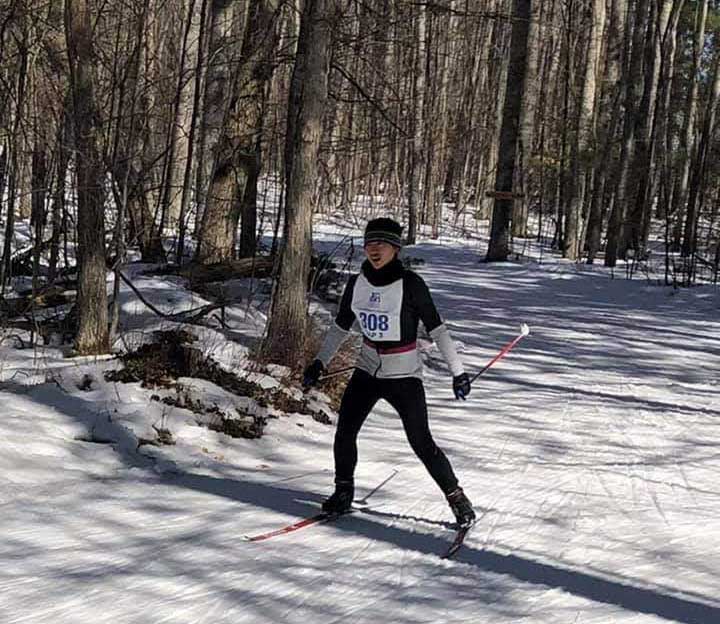 And finally, the Female 165 and Over division was the smallest but no less competitive! Taking the win was XC Ski HQ's team "Celtic Women" with Lynne Frye, Linda Weeks, and Wendy Anderson with a tie of 01:15:40. Coming in a close second was GRNST's team "GRNST Sistas" with Carole Mueller-Brumbaugh, Rachelle Howe, and Ellie Johnson with a time of 01:17:57. 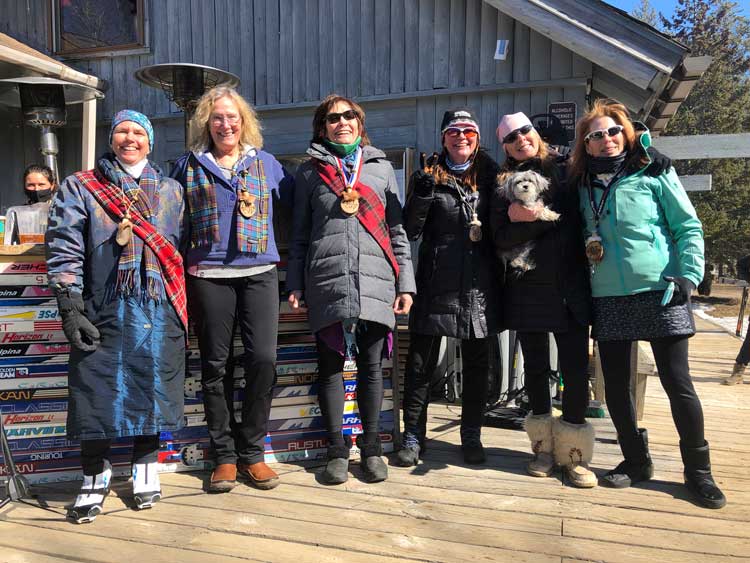 Overall, it was a super fun ski season sendoff, with a great course, sunny skies, cold beer, and a smaller-than-usual but fun-as-ever group of skiers. Thanks to everyone who came out, and we are already looking forward to next year's Relays!

See the Full results of the 2021 Michigan Cup Relays at the Cross Country Ski Headquarters (PDF). 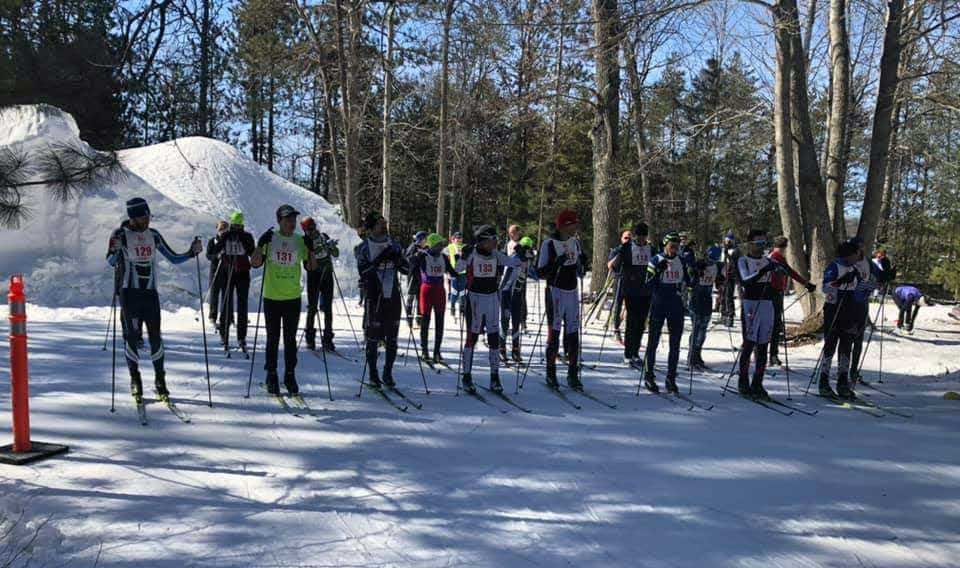