It was all about the Vasa Ski Club and Copper Country Ski Tigers this past Friday and Saturday as they battled against each other at the Michigan High School Cross Country Ski Championships on the Michigan Tech Trails in Houghton, Michigan. Vasa narrowly beat the Ski Tigers by 7 points, 593 to 586. Superiorland Ski Club was third with 335 points. 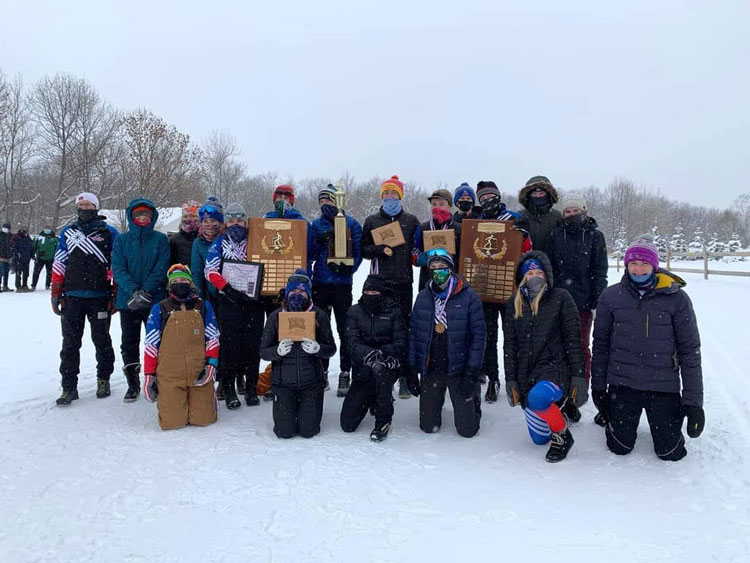 The Championships consisted of freestyle and classic races, and a classic sprint. Pursuit points were also given. 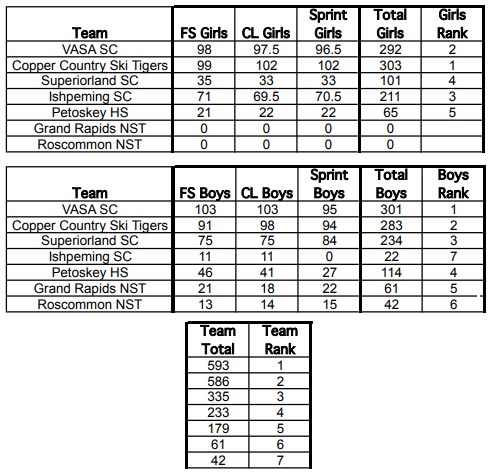 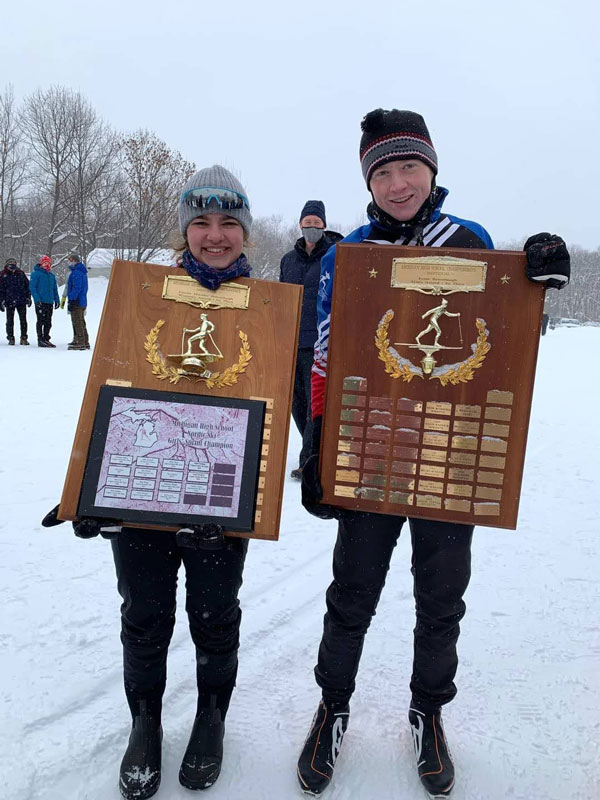 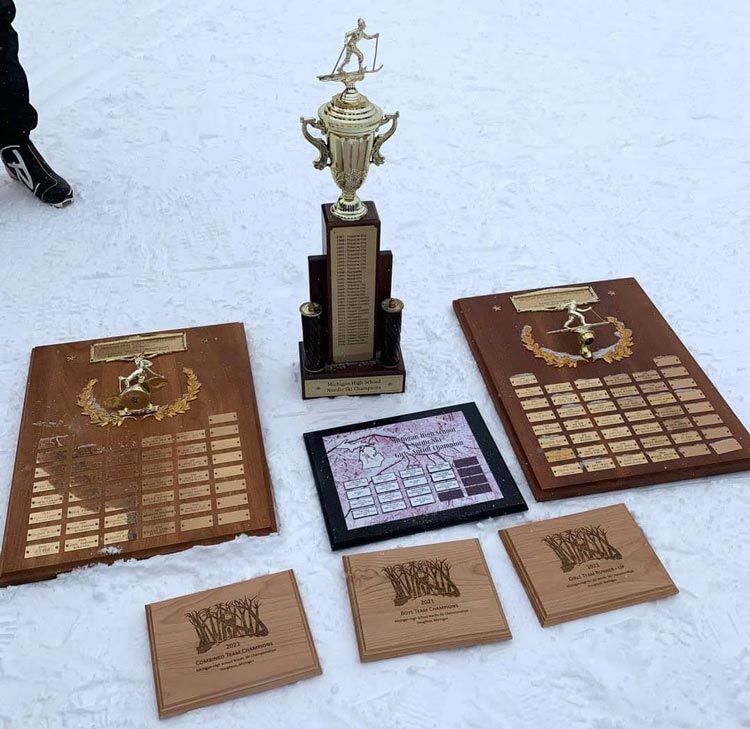