The temperatures were warmer than expected at the beginning of the Cote Dame Mare at Hanson Hills in Grayling Michigan, and they continued to rise into the mid-to-upper 30s during the race. The course seemed fast for the first 6km then suddenly the snow felt damper and slower - everyone was commenting on how their skis slowed down during the race. 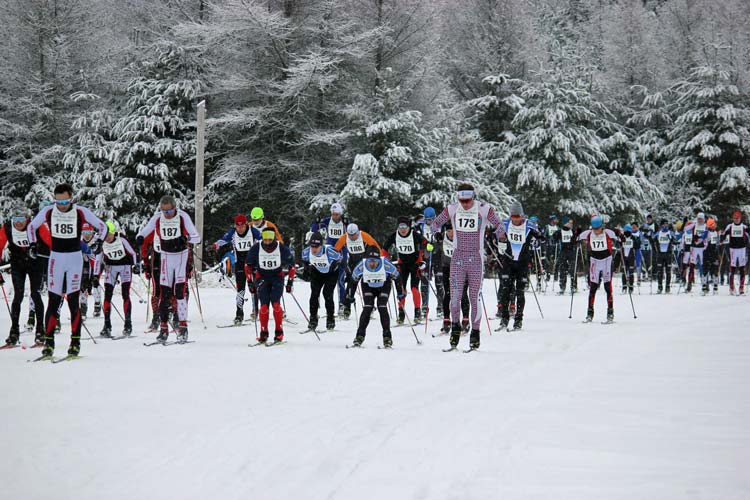 Frosty Freestyle winner Jorden Wakeley took an early lead. Checking behind to see where the competition was, he lost his balance and - CRASH! - broking his pole. He was forced to ski the rest of the race with only one...NO! he sticks his remaining pole into really soft snow further down the trail and breaks it as well! He finished in 24th by skiing with one or then no poles. 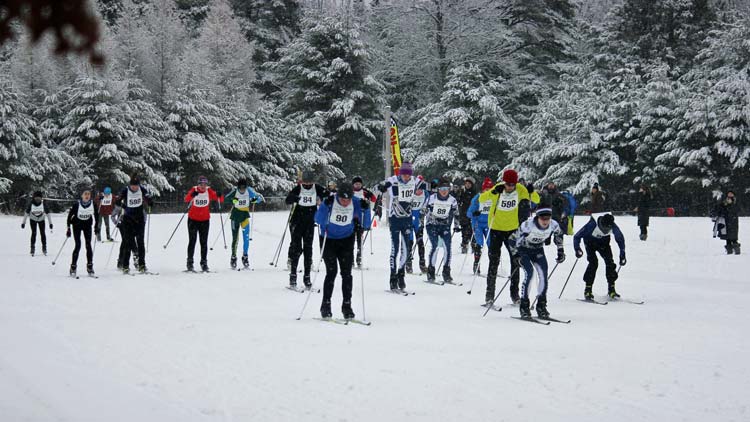 Start of the 6th wave

The race was setup in 6 waves of up to 25 skiers, starting with senior men, then senior women, then the juniors. Seniors skied 13k, juniors 7.5k. Rain and warm temps leading up to the race created damp conditions that hardened as the temps dropped, then new snow added a softer surface which made it easy to get an edge. Classic tracks were firm and fast. 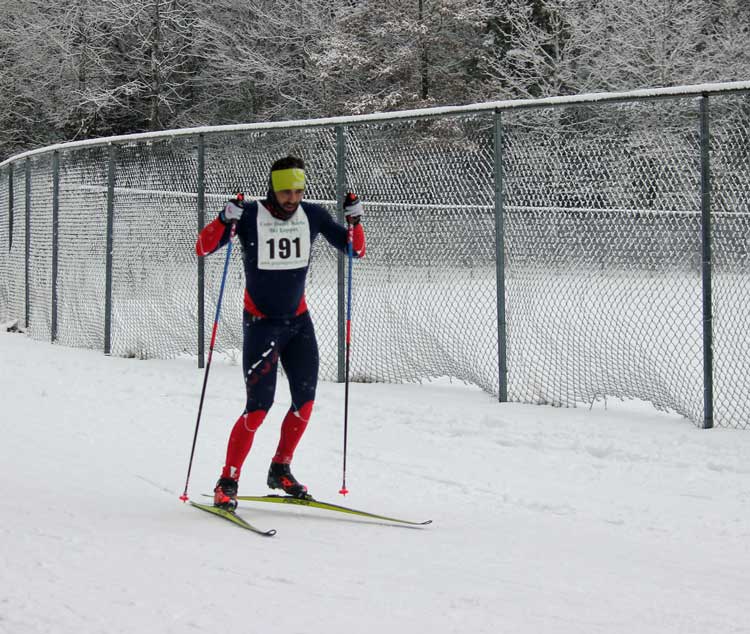 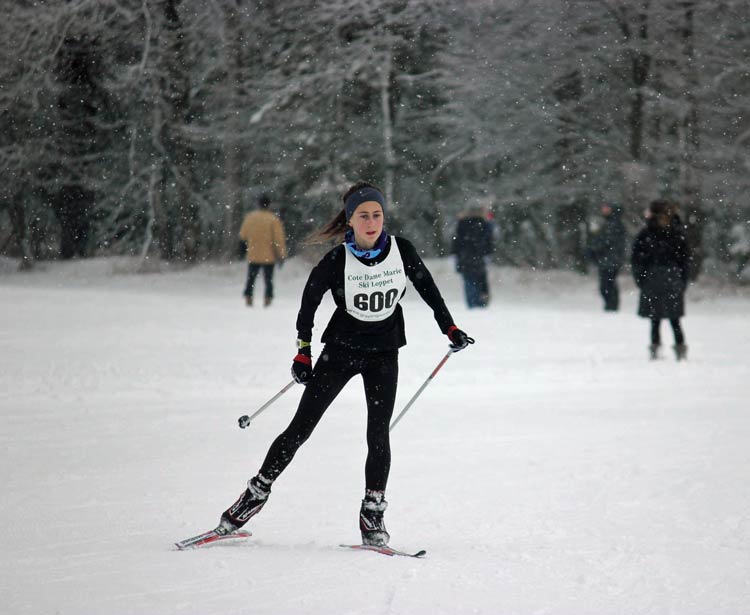 Arianne Olson coming in for the win of the Junior Girls 7.5k race 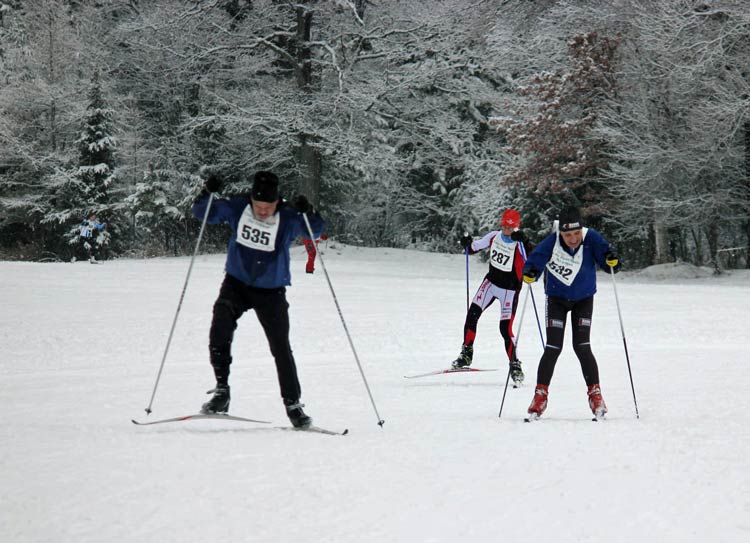