The 2019-2020 Michigan Cup season was special: it was the first season in some time in which every race was held! Sure the Vojin Baic Memorial was cancelled, but that was done in September. The Krazy Klassic was rescheduled, but held. The Flying Squirrel was held, although organizers decided to drop it from the Michigan Cup calendar and have a more informal event. But no races were cancelled because there wasn't enough snow!

There were challenges to traveling, including ice storms and snow storms that limited or prevented travel for many racers to a couple of races, or slowed travel unexpectedly so they missed the race start.

We were also fortunate that the coronavirus scare didn't get serious until immediately after the season ended.

The Cross County Ski Headquarters led the Michigan Cup standings for the entire season, with tons of participating skiers and many podium placings. Vasa was a distant second place, with Team NordicSkiRacer third but way back... The Headquarters also benefited this year from a larger number of junior racers.

Overall best team, including both senior and junior racers: 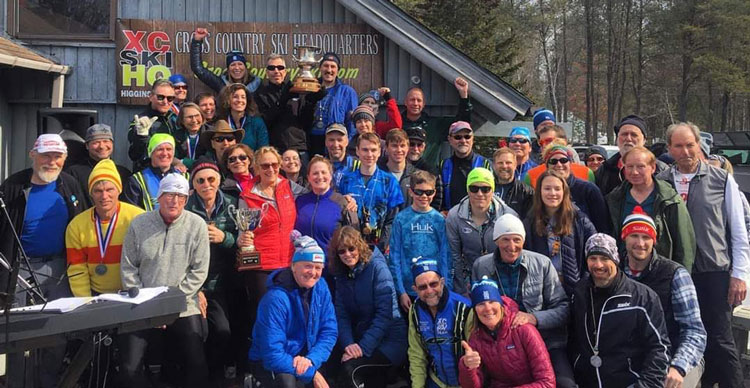 Vasa Ski Club won the Baic Cup (again) having by far the most junior racers. But the other teams are starting to get the juniors out and maybe, some season in the not too distant future, Vasa will have to fight for the top spot. It's great to see that most teams had at least one junior out racing. It's the start of a new age!

Perhaps this should be named the Energizer Bunny Award: These skiers kept on going! Leaders in this category did more races than than others. Lots of travel, lots of double race weekends...

Sum of Michigan Cup points across all races completed: