Forecasters at NOAA’s Climate Prediction Center issued the U.S. Winter Outlook, saying that La Nina is expected to influence winter conditions this year. The Climate Prediction Center issued a La Nina watch this month, predicting the climate phenomenon is likely to develop in late fall or early winter. La Nina favors drier, warmer winters in the southern U.S and wetter, cooler conditions in the northern U.S. If La Nina conditions materialize, forecasters say it should be weak and potentially short-lived.

“This climate outlook provides the most likely outcome for the upcoming winter season, but it also provides the public with a good reminder that winter is just up ahead and it’s a good time to prepare for typical winter hazards, such as extreme cold and snowstorms,” said Mike Halpert, deputy director, NOAA’s Climate Prediction Center. “Regardless of the outlook, there is always some chance for extreme winter weather, so prepare now for what might come later this winter.” 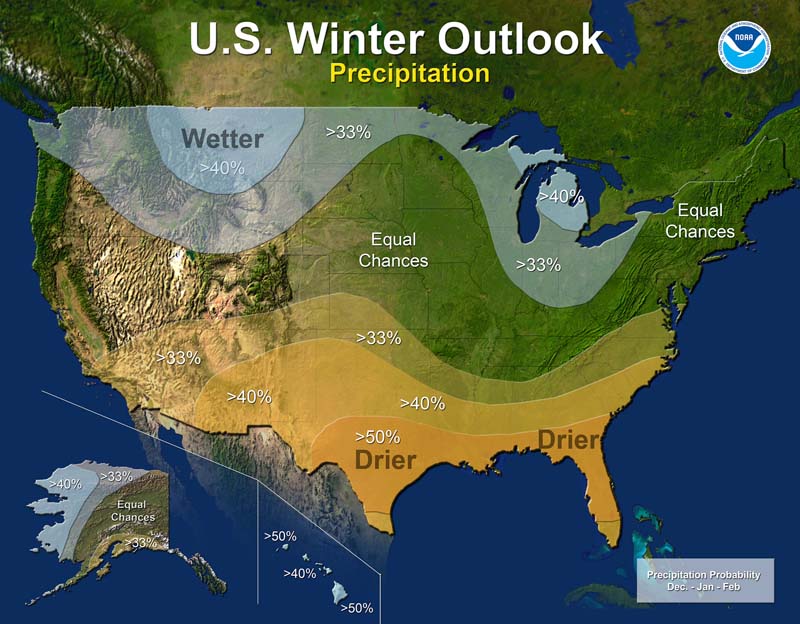 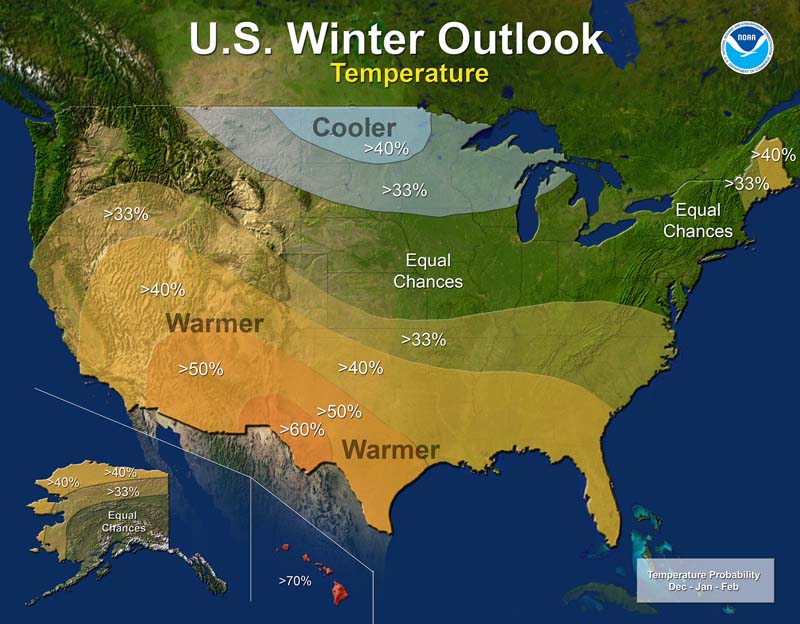 This seasonal outlook does not project where and when snowstorms may hit or provide total seasonal snowfall accumulations. Snow forecasts are dependent upon the strength and track of winter storms, which are generally not predictable more than a week in advance. However, La Nina winters tend to favor above average snowfall around the Great Lakes and in the northern Rockies and below average snowfall in the mid-Atlantic.

NOAA produces seasonal outlooks to help communities prepare for what's likely to come in the next few months and minimize weather's impacts on lives and livelihoods. Empowering people with actionable forecasts and winter weather tips is key to NOAA’s effort to build a Weather-Ready Nation.

A video of NOAA's 2016 winter outlook is available here.