Roscommon, MI, August 22, 2016– Bob Frye, founder of Cross Country Ski Headquarters in Higgins Lake, has been inducted by the board of the Michigan Snowsports Industries Association to the Michigan Ski Hall of Fame. He enters the Hall of Fame as a “Snow Sports Builder”, someone who has made major contributions in areas of organization, promotion, or development of the skiing industry in Michigan. 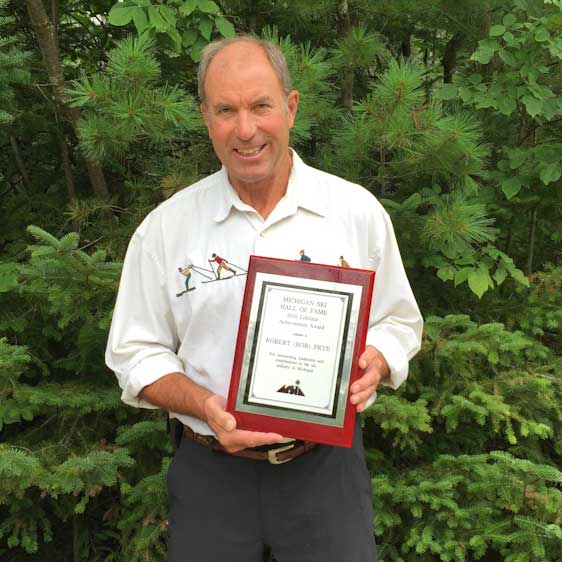 Bob Frye is inducted into Michigan Ski Hall of Fame

Says Frye, “We started with a simple mission, and that mission lives on today: get people outside and having fun on the snow. I would like to thank everyone who has supported us in that mission, and especially my wife, Lynne, for her tremendous support, and without whom none of this would have been possible.”

Since starting Cross Country Ski Headquarters in 1974, Bob and Lynne, and later their daughter and son-in-law, Mariah and Stu Colie, have grown the business to achieve national recognition, not to mention a large statewide following. Named by Outside Magazine as a “Nordic Skiing Mecca”, Cross Country Ski Headquarters has become one of the most distinguished cross country ski destinations in the country for its groomed trails, large retail selection and expertise, and warm, welcoming staff.

"Bob and his shop and ski area have attracted more people to the sport of Cross Country Skiing than any other entity in the Lower Peninsula of Michigan. They have always been a beacon to those wanting to begin an adventure into snow sports and cross country skiing in particular.” states Ernie Brumbaugh, President, Michigan Cup Race Committee. 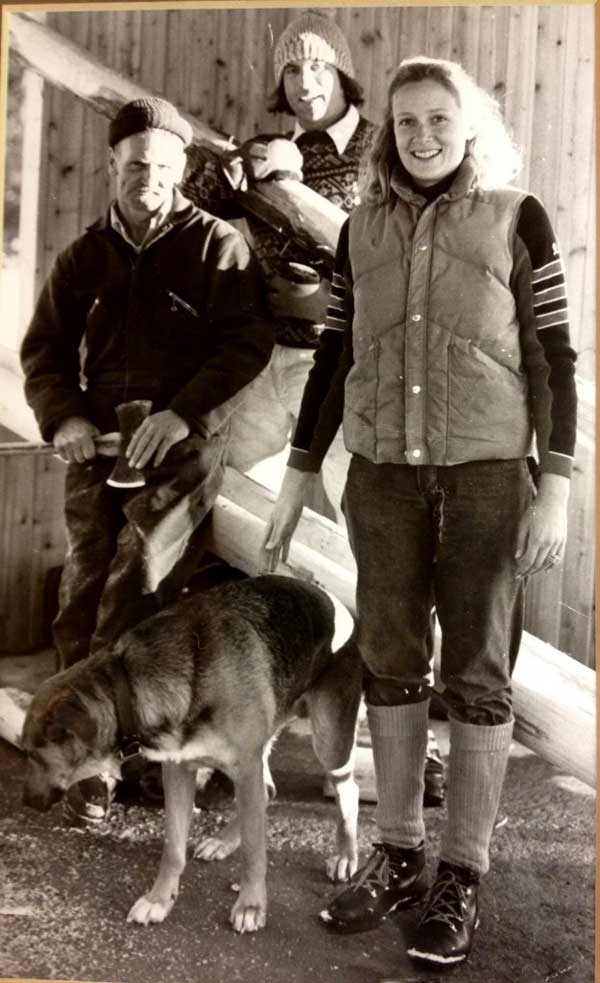 Bob, Lynne, Woofer, and builder of the original store, Bill James back in December, 1978, when Bob had longer hair...

The Cross Country Ski Headquarters is located in Higgins Lake, in the heart of Pure Michigan. It is open from October 29th through March 31st , and also for its annual Labor Day Weekend Sale. Featuring a vast ski equipment and clothing selection, product expertise, groomed ski trails, a café and day lodge, ski rentals and lessons, Cross Country Ski Headquarters invites one and all to “Come ski with us!”

The Michigan Ski Hall of Fame was created to recognize those individuals who have contributed significantly to the growth of skiing and snowsports in the state of Michigan.