Hard Goods Review for 2016 – Have More Fun with the Right Equipment!

A huge prerequisite for fun in cross country skiing is having the right equipment. The world of XC skis, boots, poles and bindings is large and full of choices, and as a fully dedicated nordic ski shop, we are 100% focused on finding the absolute best XC ski products for our customers. After extensive research, gathering feedback from customers, and lots of on-snow testing, here are some of our top picks for hard goods this season. And whether you’re a racer or a novice, it’s all aimed at enabling you to have MORE FUN on the snow!

The most exciting new race ski this year is definitely the Salomon Carbon Skate Lab, which was the 2015 ISPO winner, and also the skis with which Jessie Diggins made history by placing 2nd in the 2015 World Championships in the 10km skate. Rather than using fiberglass as the predominant construction material, and strategically placing carbon to add stiffness, the Carbon Skate Labs have a full carbon construction, which is a first in the nordic world. This ski matches the weight of the lightest skis on the market (Fischer RCS Carbonlite Hole ski) at 980g per pair. What’s equally as exciting, though, is the increased torsional rigidity, power transmission, and stability we can expect from a full carbon frame. What remains to be seen is how the Salomon base does on our Midwestern snow conditions, but we’ve got a good feeling about that based on their success in varying (cold, new, warm, wet) conditions in the World Cup circuit last year. The Carbon Skate Labs are certainly getting a lot of hype in the ski world, and will be available for free demo’s at XC Ski HQ once we have enough snow. 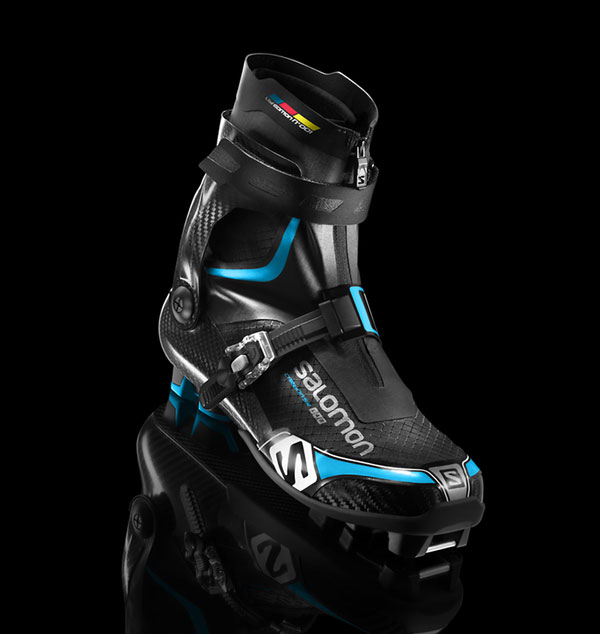 From Fischer in the racing category, the ever-popular RCS Skate ski has added the Hole Ski Tip to the 2015-2016 model, joining Fischer’s bigger brothers Speedmax and Carbonlite Skate. The RCS has more World Cup experience than any other Fischer skis, and now has reduced swing weight, making for better feel and control than ever before. This is a great value for a World Cup level ski that doesn’t have the price tag of the top of the line skis.

Also new from Fischer this year is the Speedmax Skate Boot. Seamless carbon fiber molding and a minimalist approach give you a ridiculously lightweight and stiff skate boot that provides more control and power transfer than you ever thought possible. The biggest surprise is that with all that performance, these boots are also quite comfortable. I raced on prototypes of these boots last season, and they are by far my favorite piece of XC gear that I have ever used. We have a full stock of both the men’s and women’s models, on special sale and available for demo’s. 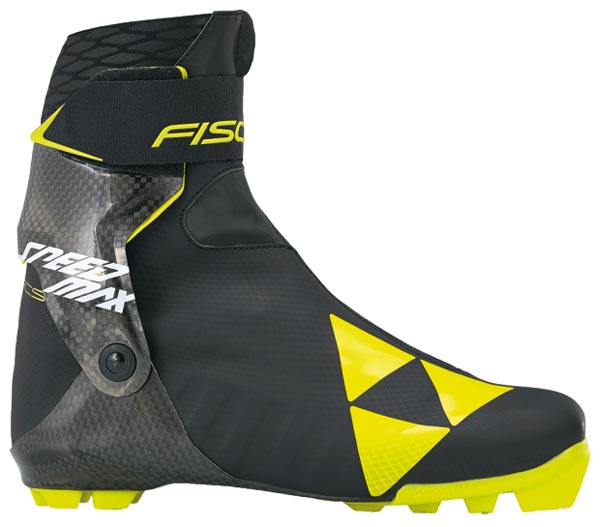 In the sport touring/fitness skiing category, Salomon has introduced the Aero 9 Skin classic skis. A few years ago, it was Atomic who revolutionized no-wax technology with the Skintec, using Teflon-infused synthetic mohair to provide the grip and glide of a waxable ski, but without the wax. Now Salomon has equal technology with SkinGrip+. What we love about the Aero 9 Skin is that we now have skin technology on sport-touring skis with a shovel width of 48mm, versus Skintecs which have the profile of race skis. This really fills a gap in the sport fitness category, and is basically the Fischer SuperLite Crown meets Atomic Skintec. We carry three different “skin skis”: the Salomon Aero 9’s (48-46-44-46mm), the Atomic Skintec Pro’s (45-45-45mm) and the Atomic Skintec Sport Pro’s (43-44-43mm, the original Skintec). Call for pricing, or come demo a pair when the snow flies.

In the recreational category, Fischer has introduced the Adventure 62 Crown no-wax skis. No doubt because of the popularity of the metal-edge Spider 62, Fischer basically took away the metal edges to reduce weight, and what’s left is a very user-friendly touring ski. The Off-Track Crown grip pattern is reliable, and the shorter length of the Adventure 62’s (169/179/189cm) make for great maneuverability. These skis are a more stable alternative to the Rossignol Evo Tour.

New to the recreational/back country scene is the Alpina R60, a metal-edged touring ski that’s only 60mm wide at the shovel. Relatively narrow width, along with slightly longer length than most back country skis, means excellent glide in the tracks while still retaining the stability of a full metal edge. Pair them with touring boots or back country boots, depending on where you’ll ski most.

All of these skis, with complete descriptions and prices, can be found at www.crosscountryski.com, or at our retail shop and ski area. Looking forward to a great season!