Nordic Ultratune independently reviewed the Toko T18 Digital Wax Iron at about the same time Toko sent out the press release about the new iron. Here's the full review:

Toko has a new digital T-18 wax iron that they're rolling out, with commercial availability scheduled for mid-2015.

I got my hands on one a bit early, and have been using it here in the shop at Ultratune, for evaluation, and thought I'd share some information and my impressions.

The new T-18 is a step up in performance and price from the Toko T-14 digital iron that has been very popular the past few years. The new T-18 is clearly a different design and fabrication entirely. In fact, it shares a lot of the design with the translucent blue Star digital iron, but is updated. 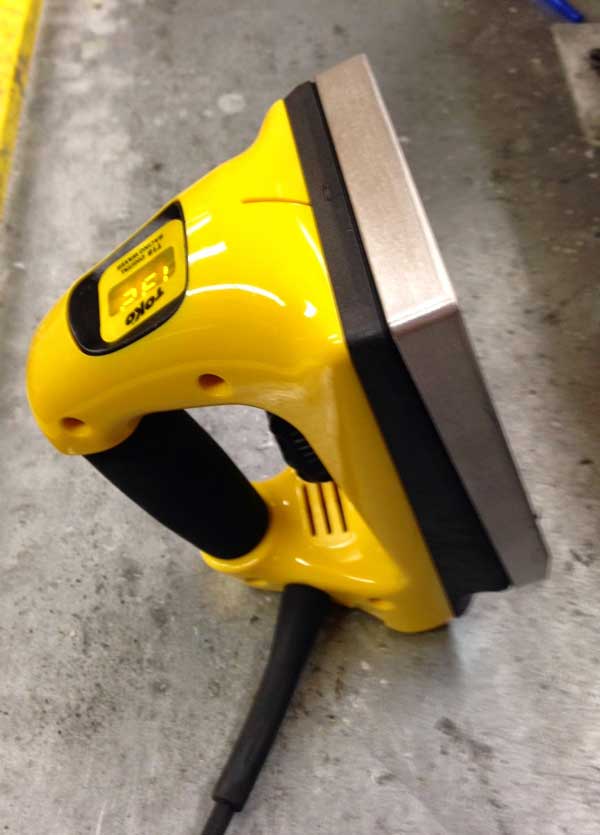 The power cord exits from the side instead of the back.

The T-18 has a pretty stout aluminum base plate, smooth, with no grooves. It's beveled along the rear edge for ramping up on wax (or powders) without "plowing", but the beveling is on the back edge only -- no bevels on the sides or front edge.

The T-18 is an 800W iron. With the big base plate and a very good thermostat, I find it to be very well regulated and accurate, and in fact I feel that this is the biggest improvement in performance over the T-14.

In addition, the power cord exits from the side instead of the back. If your wax bench is set up so that the ski tip is on the right side, and you drive the iron right-to-left (using the beveled edge), then the cord hangs out the front, nicely out of the way. I really like this little feature. Not a huge deal, but if you're using an iron a lot, then little details like this make a difference. 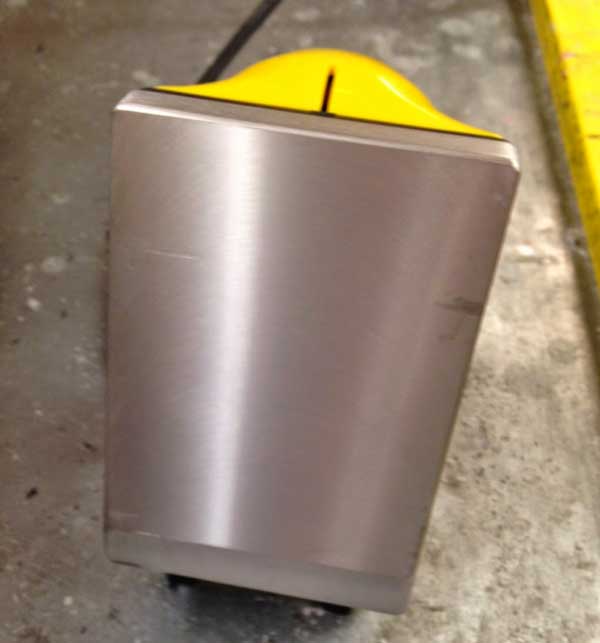 Another feature that I like is that the T-18 remembers the temperature setting you're using.

With the less expensive T-14 iron, every time you power-up the iron you need to adjust the temp setting. This can be good or bad. If you were cooking some high temperature top-coats into the skis (at, say, 160 C) and then shut down the iron, and then re-start it tomorrow to do a simple cleaning wax, then the T-14 will re-boot at the regular 130C setting, and you won't smoke your yellow hydrocarbon wax. On the other hand, if you're commonly running the iron at 120C, then it gets a bit annoying to have to turn down the iron every single time you power it up. 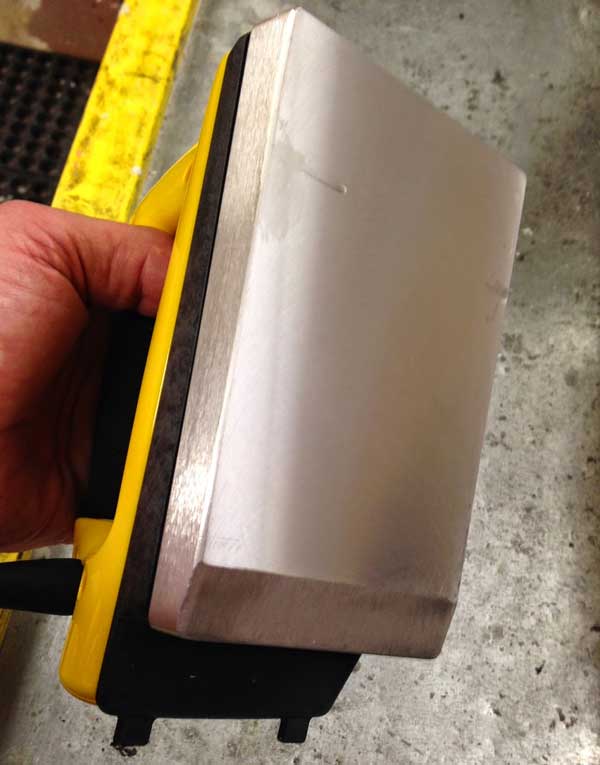 T-18 has a thick base plate. Beveled back edge.

With the T-18, the iron remembers the thermostat setting you were using when it was turned off, and re-starts at the same temperature. For me, that's a very minor little detail, but here in the shop where I'm laying down a base layer of soft thermo-box wax on lots and lots of skis, it's handy that the T-18 remembers my basic setting. 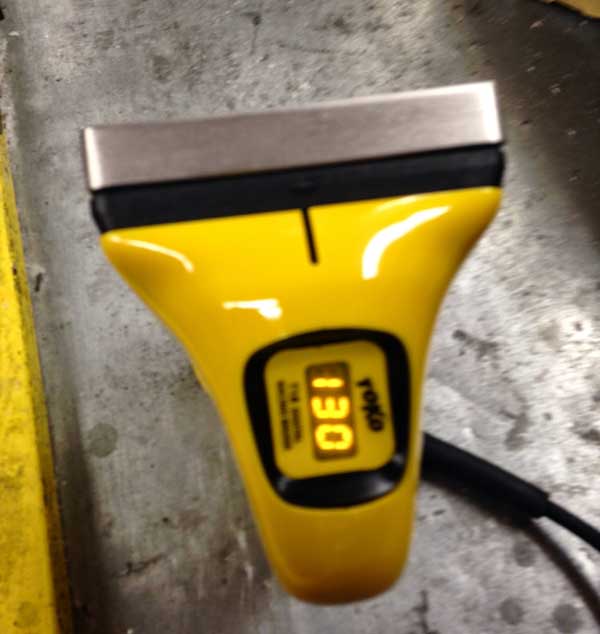 What do I not like? I think the front and side edges are abrupt, and could have a little bit of a bevel to make it easier to use the iron in a variety of orientations. As it is, straight from the box, the T-18 really needs to be driven down the ski in one orientation only. For myself, I will likely bevel the front and side edges myself with a bit of careful hand-tool work. This is really minor, and I definitely plan to continue using the T-18 as my primary iron here at Ultratune at my wax bench.

The T-18 is not an inexpensive iron. It will sell for roughly two-and-a-half times as much money as the T-14 iron (yes, somewhere over $300 but exact pricing is TBD). Is it a better iron than the T-14? Yes it is. Will it inherently make your skis faster than another iron? No it won't.

For me, the Toko T-18 digital wax iron is a very nice professional-level tool that I'll be using in the shop here at Ultratune, and I'll have a few on hand in the shop for sale, too. But I expect that the T-14 will still hit the sweet spot on price and performance for most skiers.