Toko at the US Nationals Skate Sprint

We tested continuously today so we'd learn as much as we can and could pass on as much info as we could to teams.  Looks like it paid off!!  We tested top coats (fluorocarbon overlays such as JetStream and Helx) 3 times.  All 3 times, a mix of JetStream Blue/Red won the test just in front of straight JetStream Blue.  Third every time was JetStream Red (then Yellow, then JetStream Red covered by Helx Red).  The tests were blind of course, so were convincing. 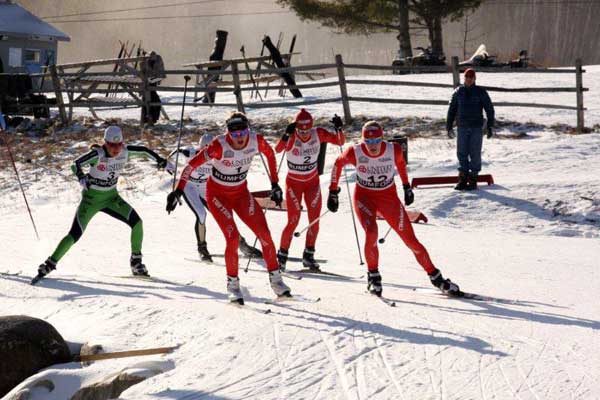 Jessie Diggins, Jennie Bender, and Caitlin Gregg leading out the women's A final

Although all of the teams had already waxed their base and HF layers before today, we also tested paraffins (HF waxes) so we'd know more about today's snow and especially about Thursday as the sprint loop snow on Thursday will certainly be very similar to today.  The new part of the loop (distance loop) will be very different due to all of the new manmade, so we will focus on that tomorrow.  Anyway, both times we tested paraffins today, HF Blue/Red mix won in front of HF Moly/XCold mix. Then came HF Blue/XCold mix, then HF Blue, then HF Red, and finally straight HF Moly.  The first two were the clear winners for the day. 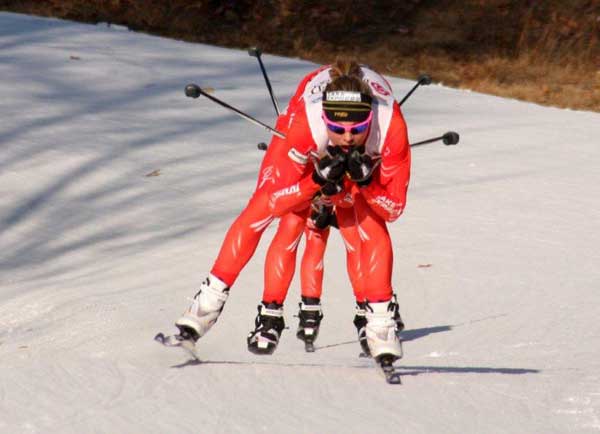 Conditions stayed stable today despite the heavy traffic that was on the course.  The wind was blowing and that combined with fairly cold temperatures kept the sugary snow pretty consistent.

Thanks to Steve Bedard for doing a super job testing today.