I (Ian Harvey) have had some nasty injuries for 3 years now as a result of having taken some medication that didn't agree with my tendons. I have 5 chronically strained/torned tendons in my body which keeps me from testing skis (no skiing, hiking, swimming, running, strength work, etc). This sure is frustrating especially after 3 years of patience, but life goes on. 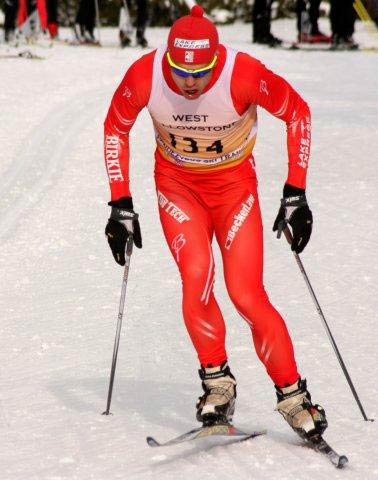 So, I have Toko Tech Teamers testing for me as well as some teams giving me information that I can compare with our findings. Yesterday while it was snowing the snow was acting predictably "cold" despite the warm temperatures. Then after it stopped snowing, it got very wet and the warmer waxes were far better. I had to make a recommendation although the weather was in question. (The wax was the easy part if you knew the weather or conditions).

We went with HF Red with JS Red or Yellow as a top coat and for kick, Red was working all day yesterday, so we were thinking it would be in there today. I slept very uneasily as this is a crazy recommendation for West Yellowstone and especially when the forecast was for the skies to clear out (and stay warm). During the night, temperatures stayed very warm (28f) which kept the snow very moist. Then around 5:30 this morning it cleared up and dropped to 22f. The surface of the snow dried out a lot, but there was still moisture underneath that affected the wax. This is something that rarely happens out west in Dec, Jan, or Feb even. (Basically the snow was acting like it was out east). 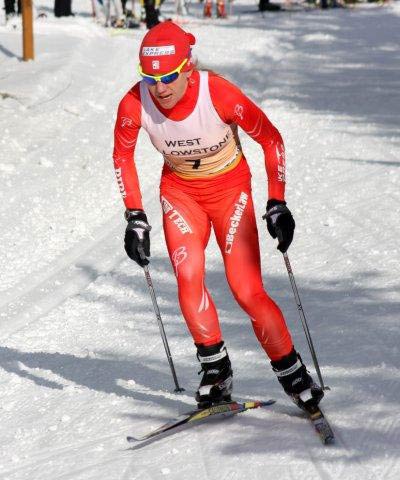 I was happy to learn from both a team and one of our testers that HF Red and JS Red was gliding best and that it looked like that by race time Nordic Red was going to be the kick wax of the day. As the day progressed, the snow didn't glaze as much as I would have thought, but it still "waxed" wet. Before the skate race, our tester said that he would then recommend JS Yellow instead of JS Red. It is a very rare occurrence that you'd be using such warm waxes, but still stay with pretty fine structures as the snow was really not wet at all on the surface.

I can also say that a few teams went with colder glide waxes (HF Blue and HF Red mix) and were very happy with their skis.

Congratulations to Jessie Diggins, Jennie Bender, Torin Koos, Caitlin Gregg, and Kate Fitzgerald on their podium finishes (and to all of the athletes).

Check out the rest of the images of Toko athletes at the TokoUS.com.