It was a Michigan Cup Relays for the books this year, with racers from all over Michigan, plus Canada, Pennsylvania, and a few other states participating in the annual grand finale of the Michigan Cup Race Series at Cross Country Ski Headquarters in Higgins Lake.

Conditions held up remarkably well despite the race starting in mid-40 temps, and varying consistencies of corn snow made for a fun, mostly firm, and sometimes even fast race course. Skiers formed teams of 3, with the first leg classic and the second two freestyle. Each skier skied a 6km leg, which was comprised of two laps around a 3km loop. Great spectating indeed! 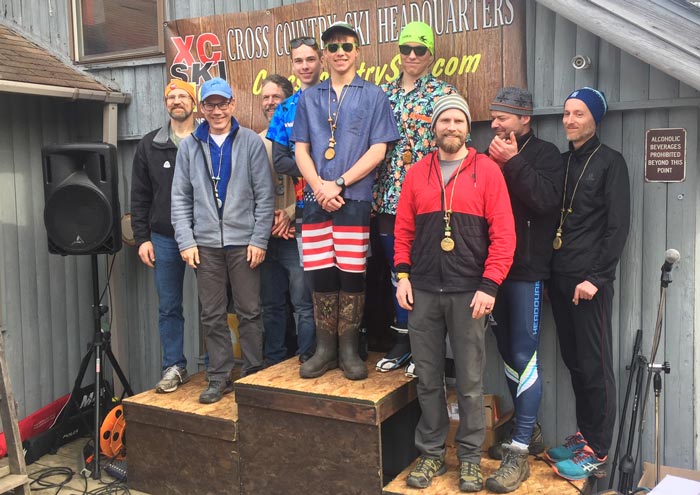 The fastest team of the day was Team Nordic Ski Racer's "Two Young Kids and a Geezer", also winners of the Co-Ed 164 and Under Division, with a smoking fast time of 54:08. Ricardo Lung was first across the line in the classic leg, and Erin Lipp and Kyle Hanson built on his lead and never looked back. 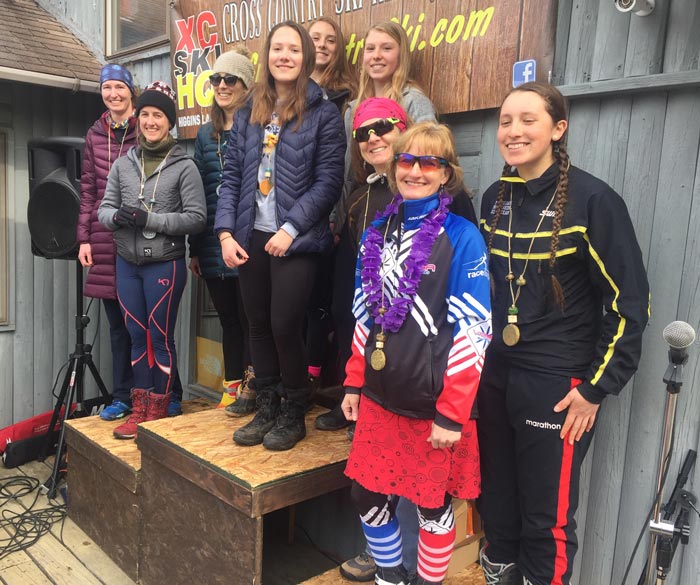 Another notable performance was at the after party, where Don, Shell, Doug, and Robin rocked out with their instruments on the sun deck! They were so good that next year they've agreed to start playing before they even cross the finish line!!

All in all it was a great day, with excellent company, lots of laughs, a great Michigan Cup Awards ceremony by Ernie, Erin and Kyle, and fantastic party weather. As one newer racer to the Michigan Cup scene observed, "Cross country skiers are just the coolest!" 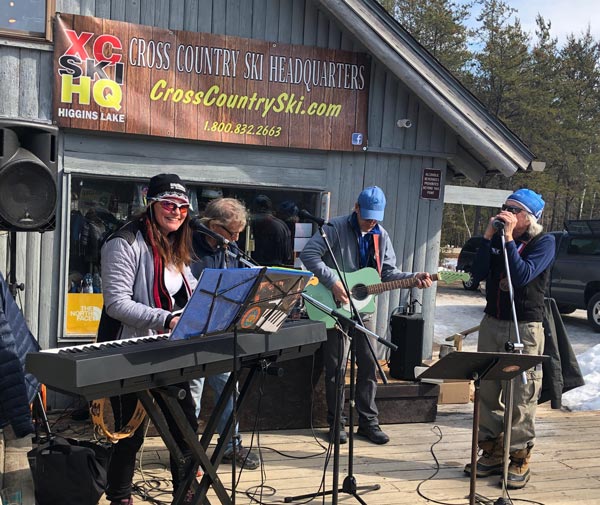 Last but not least, a major highlight was Team Cross Country Ski Headquarters (XC Ski HQ) recapturing the Michigan Cup from Team Vasa! After years of coming in 2nd place to the Traverse City behemoth, the HQ team maintained a season-long mantra of "Take Back the Cup!" and fielded 20 teams at this year's Michigan Cup Relays (out of 44 teams total). The comeback was a true team effort led by captain Frank Rynalski, and was a great example of how cool the Michigan Cup is, in that all XCHQ racers - no matter if they raced lots, little, long, short, fast or slow - contributed the points that brought back the Cup.

Hats off to all Michigan Cup organizers, scorers, race hosts, teams and racers for all of their contributions to the cross country ski racing community in Michigan. Thanks to all for another great season! 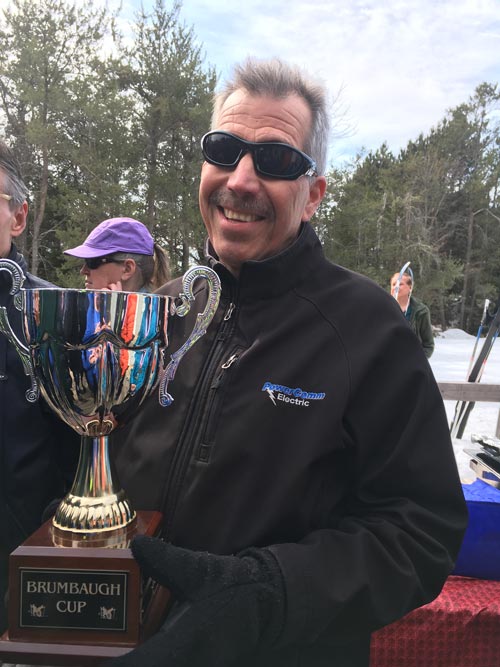