The 10th anniversary of the Krazy Klassic was all but forgotten as race organizers Mike Muha, Adam Haberkorn, and Ken Roth worked to reschedule the race after it's rain cancellation on January 5.  Epic Races, who has been managing the Frosty Fest for the past three years, didn't have staff to run a rescheduled race, so the "Three Musketeers" had to marshal their own resources and come up with a timer, bibs, prizes, insurance, food, beer, entry forms, and more in just a few days. 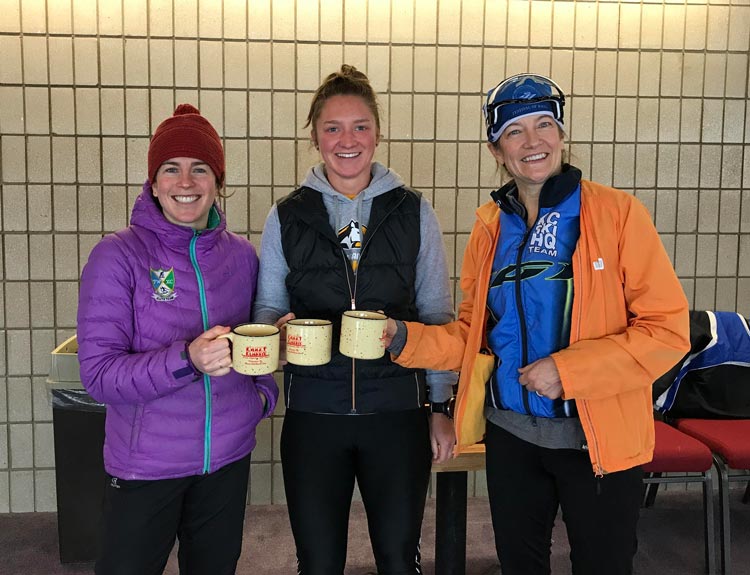 The weekend directly after the original date featured great snow on the original Krazy Klassic course, but "The Three" were unable to put all the pieces together in time to hold the race then. By the time the race was held this past weekend, a warm and wet spell befell southeast Michigan. The natural snow didn't entirely disappear, but it did preclude having the race on the natural snow trails.

Fortunately the man-made snow loop, Buck's Run, came through again. Huron Meadows Metropark worked the trail to get it in great shape for the race. As Frank Rynalski (Team Captain for the Cross Country Ski Headquarters) commented after the race,

"Bucks Run didn't disappoint. Triple tracked course for todays' Krazy Classic with fast and firm tracks, actually some [of the sections between tracks] were surprisingly faster than some of the tracked sections, with controllable firm granular mix! Mix of racers doublepoling w/ skate ski's / poles and dedicated classic equipment. Thanks to the race organizers for their hard work and dedication to make this race happen despite what mother natures' intentions were." 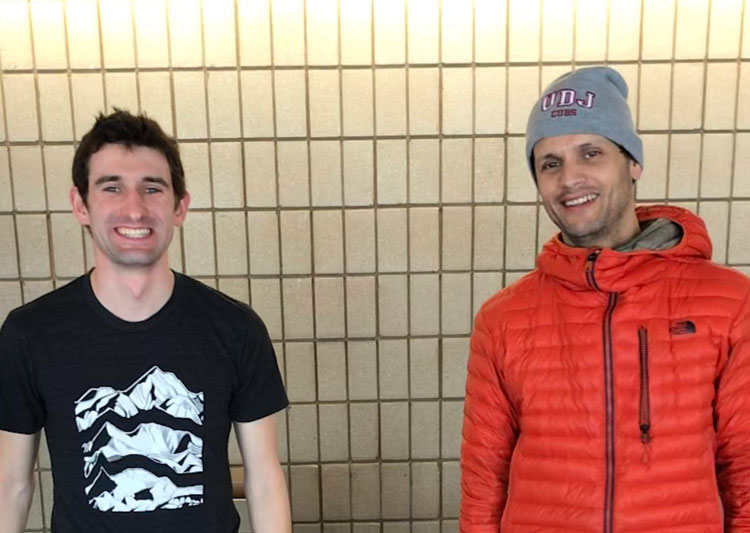 Kyle Hanson and Ricardo Lung. Second place finisher Jay Woodbeck had to leave right after the race, missing his 15 minutes of fame.

Although there was a little drizzle for a few minutes before the 9:00am kids race, both the kids race (also rescheduled) and the Michigan Cup race were held in warm, dry conditions - right around 34 degrees F. The main Buck's Run loop (approximately one mile long) was in very good shape, but the spur to the Nordic center was in poor condition, so the start / finish line was moved to the loop. Chip timing was used.

The race was unusually small this year. Typically having over 100 racers, less than half that number raced this year. We believe this was due to three reasons: The driving distance from Saturday's Noquemanon Ski Marathon, a chance (although very small) for light rain, and better snow "up north".

They missed out on a great race! 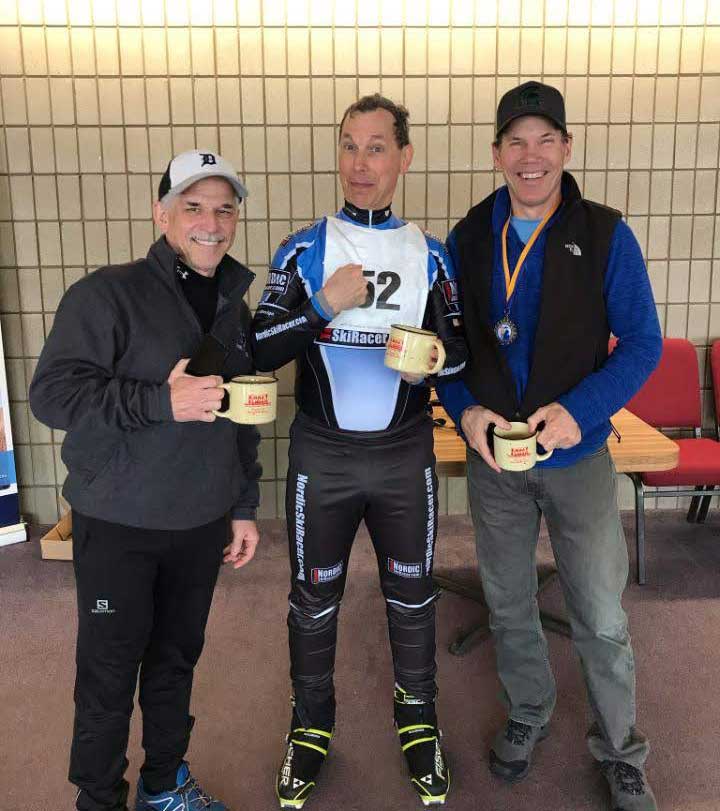 Tony Percha, Mike "I finally get to be in a picture AND beat the guys on either side of me" Muha, Doug Cornell

Michigan Cup racers did 6 laps for about 10km.

Team NordicSkiRacer swept the men's podium. Kyle Hanson (29:54) and Jay Woodbeck (30:10 finished just 16 seconds apart, and Ricardo Lung was another minute behind in 31:25.

A shorter race was also held: 3 laps for about 5km.

Overall and By Age Class results below.