It was tricky rollerski conditions for the latest Andy Liebner rollerski race. Held at Kensington Metropark in Milford, Michigan, the course wound 8.5 miles around Kent Lake, with 500 feet of climbing. Although partly sunny and temperatures right around 40, the path was leafy and damp from some overnight rain. That made some of the course quite slick, but perfect for practicing for skiing in icy conditions. Push too hard or to long, and the ski slides out from under you. Many skiers choose to doublepole through the worst sections.

Official times are below, although there were a couple people who thought their times were faster. Ricardo Lung and Mike Muha skied classic; everyone else skated. Two skiers skied shortened courses. Classic skis were a bit easier to control since all kick was down rather than at an angle. 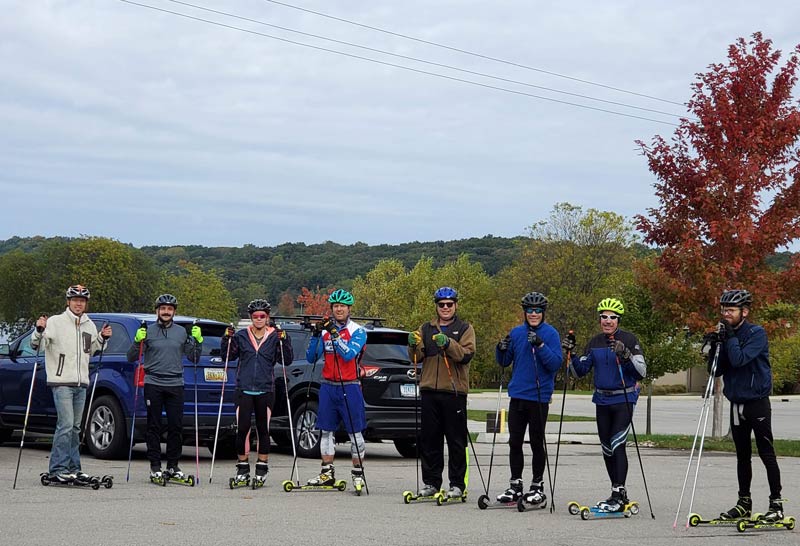 It was a regional race, with skiers from Michigan, Pennsylvania, and Indiana!

The next rollerski time trial is scheduled Saturday, November 2, back at Kensington Metopark, starting at 9:00am. A technique clinic follows for those who want to stay around.