The Michigan Cup Relays were as fun as ever this year, with some of the best ski conditions in recent memory. Relay teams were composed of 3 skiers, with the first leg classic, and the 2nd and 3rd legs freestyle. Each racer skied two, 2.6km laps for a total of 5.2km per leg, before handing off to his/her teammate. After a lot of wind and some mixed precipitation the night before, conditions were surprisingly good - fast but controllable and not icy. Perfect for an all-out sprint, which is exactly what it was for most racers!

The race course, which included the Trappers Cabin trail and part of the Rolling Hills trail, brought skiers back into the spectator zone between each lap, which made it exciting for both racers and spectators. Skiers entered the exchanged zone to hand off to their team members right after a loop around Mount Snow - a giant hill of man-made snow - which added to the excitement! 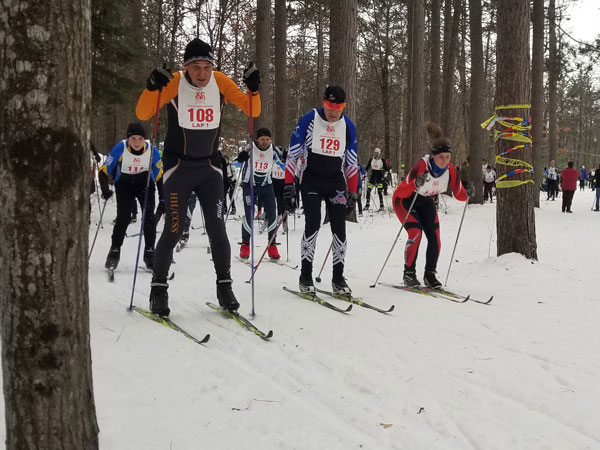 The post-race atmosphere was jovial and festive as always, with racers packing inside XC Ski HQ for a big lunch, beers, and the Michigan Cup awards party. Racers from as far away as Sault Ste. Marie, Canada, Pennsylvania and Ohio combined with the Michigan faction to produce 42 relay teams.

The top overall team was team Flat Landers from NSR (Jay Woodbeck, Matthew Wong, and Charles Moore), who also won the "Male, 164 (combined age) and Under" division, with a time of 46:45. Second in that division was Black Smoke Rising from XC Ski HQ, and third was Skiing for Brisket from GRNST.

For the "Male 165 and Over" division, team Buck's Naked (Yvon Dufour, Douglas Cornell, and Allen Sorgenfrei ) from NSR took first place with a time of 51:22. Second place went to Toko and the Jets from VASA, and third went to Skiez the Day from XC Ski HQ. 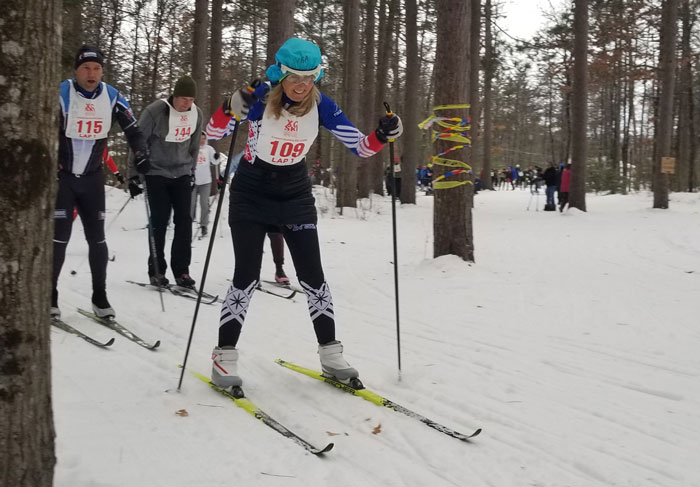 For the "Female 165 and Over" division, the only team and therefore the winning team was Drier Heads Prevail from Vasa (Paula Dreeszen, Melinda Mitchell, and Gussie Peterson) with a time of 71:53.

The "Coed 164 and Under" division was won by Ski for Beer from GRNST (Eric Parrott, Jordyn Ross and Dave Heitikko) with a time of 49:16. Second place went to Two Men & a Babe from NSR, and third place went to Holland Ice from GRNST.

The "Coed 165 and Over" division was won by team We Will Survive from HH/CCSS (Jim Anderson, Brenda Carlson-Brown, and Joseph Brown) with a time of 57:36. Second place went to team Gotta Ski from GNRST, and third went to Rose & Thorns from Vasa. 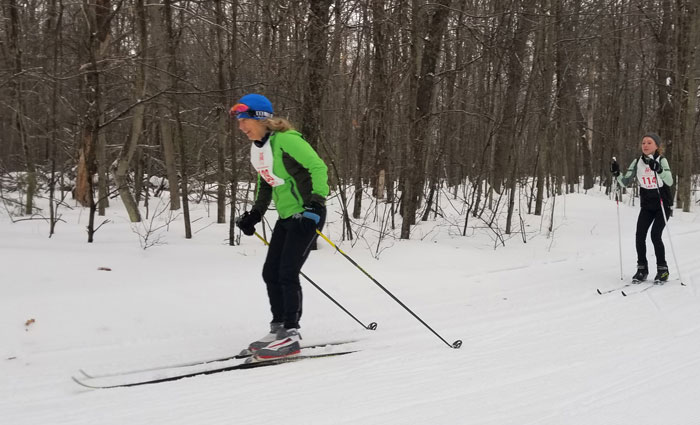