The 2019 White Pine Stampede had the best snow in years!

The 49km race had over 2,400 feet of climbing; the 20k race climbed over 1,000 feet. The 10k race had a a little climbing but was mostly downhill. The course was divided into two main parts: the main 20km trail led from the school in Mancelona, Michigan to Schuss Mountain (10km finish) then on to The Summit at Shanty Creek (20km finish). Just before the 10km finish, a separate 25km loop was used by the 50km racers. Racers skied an out-and-back trail, with two laps around a loop at the far end. 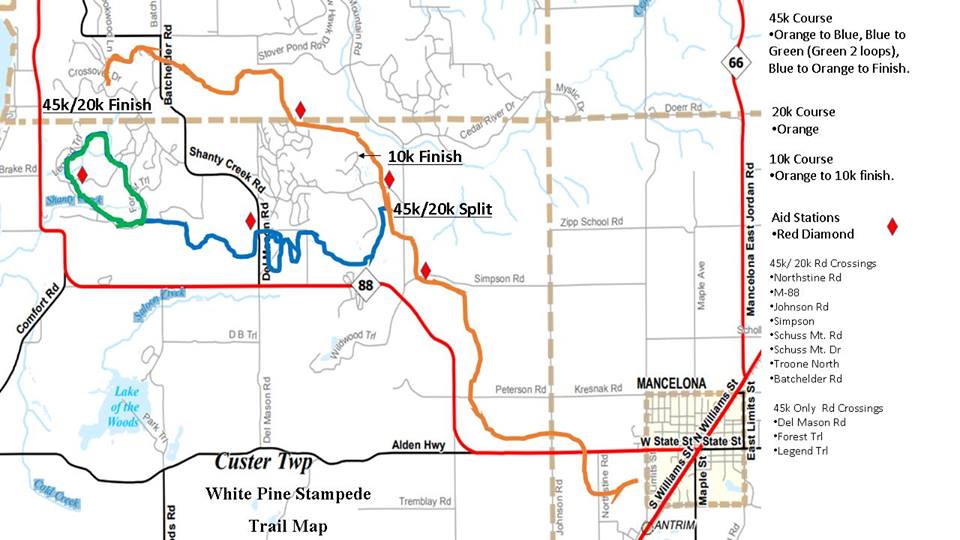 The main 20km trail had been upgraded, with a number of trees cut so the big Shanty Creek groomer could pass through. Tracks were set on both sides of a wide skating lane. The 25km spur was partially groomed by the big groomer, and at a certain point the trail narrowed so only a small groomer could be used.

With two feet of snow falling in the days leading up to the race, and record cold temperatures, the groomers made extra passes on the course to pack the snow. Tracks were firm and the skate lane were fairly firm with just a little softness. Skiers who used tiny baskets on their poles had issues, as the snow in places would not support those baskets, and the poles could bury themselves a foot into the trail!

Tracks were generally faster than the skate lane, at least on the main trail. Some skaters used the tracks to doublepole or marathon skate. 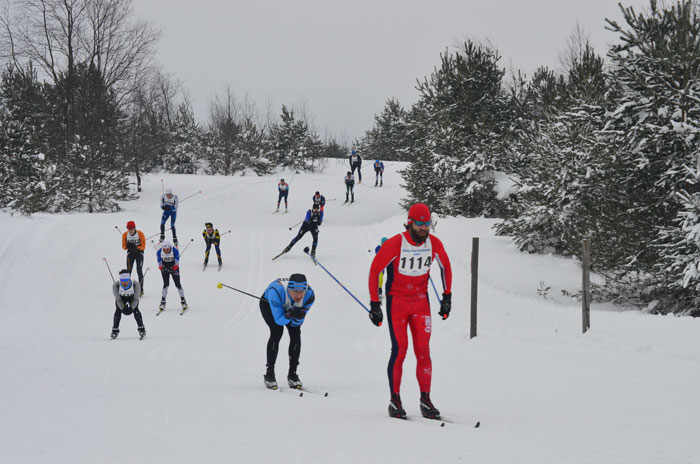 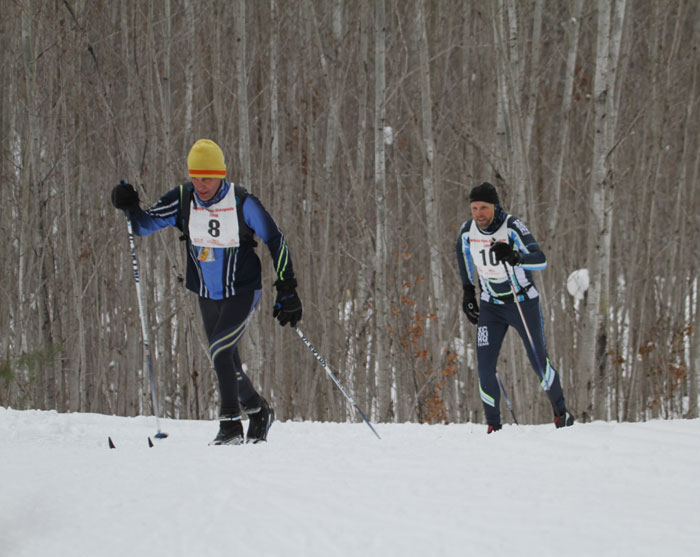 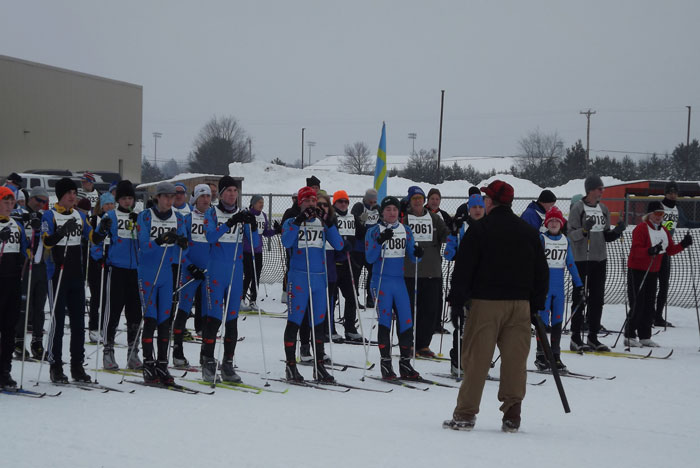 The winning skaters were Ashley Chmielewski (36:56) and Josh Fairbanks, both in the 13-17 age group. 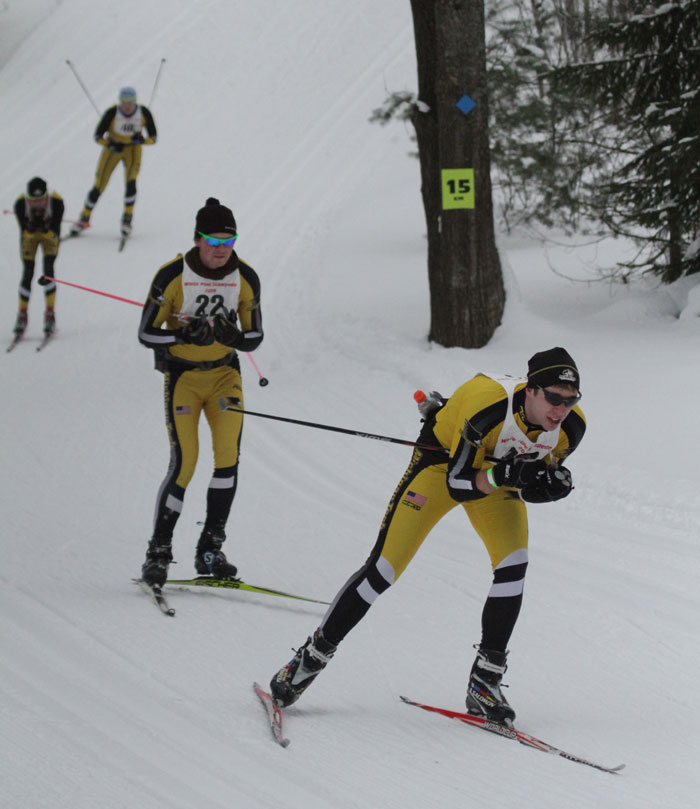 The top four Michigan Tech alumni skiers in the 50km