It was a zero day...not zero skis, zero temperature. Fort down-staters, it was about 25 degrees colder than anyone was used to. Up-staters had experienced some colder temperatures, but it was still COLD!

At least one skier underdressed and had to head inside the lodge at the halfway point to warm up before venturing out for the rest of the course! He said he had to slow down on the downhills so he wouldn't get too cold!

Regardless, 127 racers showed up the the 2019 Cote Dame Marie at Hanson Hills Recreation Area in Grayling, Michigan. With fast conditions (for how cold it was), with a firm skate surface, with winning male skier finished the 26km men's event in 1:11:42. Alex Vanias (Hanson Hills / Cross County Ski Shop) was the champion, followed by Andy Liebner (Grand Rapids Nordic) and Sam Holmes (Team NordicSkiRacer) in 1:13:40 and 1:15:18. 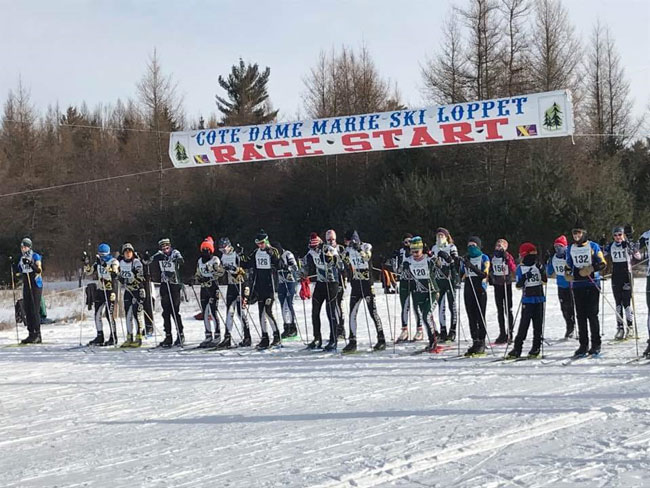 There was also a citizens race, with both skate and classic divisions. Lloyd Anderson and Gwenn Stevenson were the top classic skiers (51:27 and 53:45). Danny Medina and Julie Olson were that top skaters in 30:43 and 46:16. 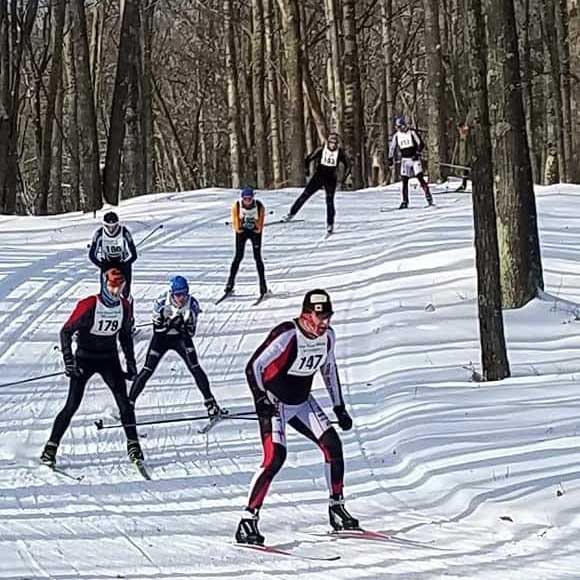