The grooming wizards at Huron Meadows Metropark came through for the 10th year in a row, building a course against all the weather odds. A beautiful 1.1 km course existed last Sunday, but rain and warm temperatures into the 50s damaged it greatly by Tuesday night. But  the loop had been rebuilt with man-made snow by Wednesday night in time for excellent skiing during the Team NordicSkiRacer / Brighton Area Recreation Center Kids class. By race time, the course had been extended to the clubhouse for a total of 2.0km.

The trail has generally been fast all season so far, a hard base and a fast but loose and controllable surface. The day's race course had a hard base, but the snow on top was loose and powdery...the slowest snow all season. And it gradually got slower as the race went on (at least it felt like it). I think icolder snow underneath come to the surface as racers skied laps.

There were three races. Thirty-eight kids skied the Frosty Kid's race, with Frosty the Snowman acting as trail sweep. Kids skied for up to 30 minutes. Most made it around the course at least once. Everyone received a medal. See the YouTube video of the start: 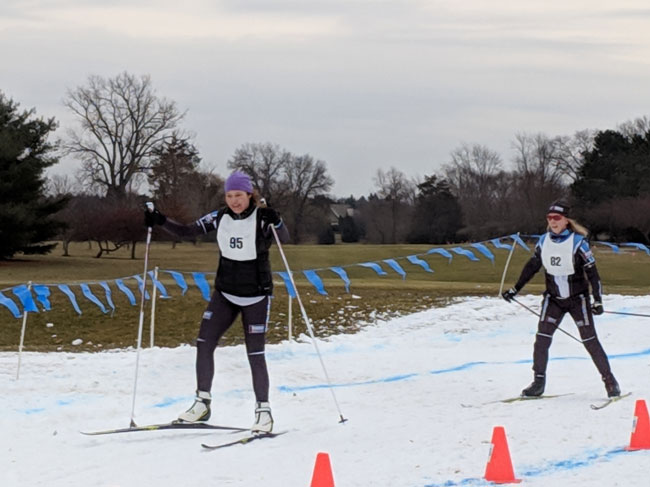 The 15km Frosty Freestyle was actually 12km, racers completing 6 laps on the course. Alex Vanias came in first in 30:29, almost a minute ahead of second place finisher, Lars Hallstrom (32:27). Kevin Tarras was just behind for third in 32:28.

For the women, Grand Rapids Nordic's Jordyn Ross was first in 36:06, followed by Kaitlyn Patterson (36:30), and Cheryl Darnton (40:03). All three have won the Frosty Freestyle in previous years.

Of special note, Adam Haberkorn, the genius behind the snowmaking at Huron Meadows, finally raced in the Frosty Freestyle 15km for the first time, joined by wife Jodie (5km) and son Beckham (Kid's race)! 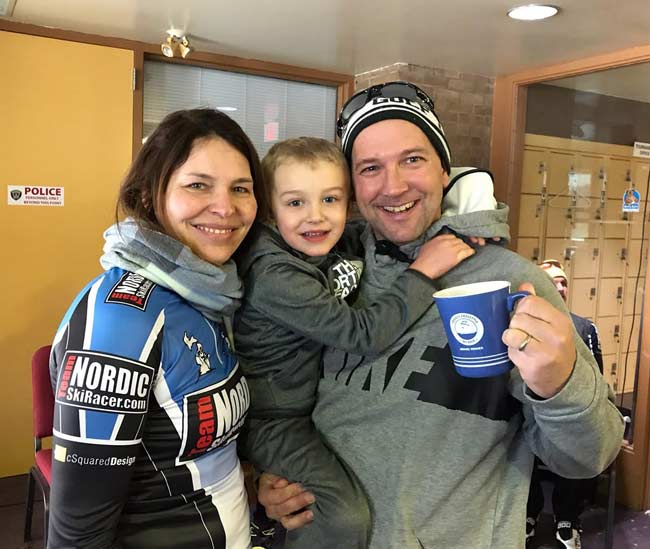 Jodie, Beckham, and Adam Haberkorn, the skiing and racing family.

10th Anniversary for the Frosty Freestyle

It's hard to believe the Frosty Freestyle turned 10! The race has never been cancelled or postponed due entirely to the fact the race created a ground swell of support and around $25,000 to help fund snowmaking equipment at Huron Meadows Metropark. And snowmaking has saved the race! Only three of the events have been held on natural snow - artificial snow was used for the other seven years. Huron Meadows has gotten quite adapt at making and grooming snow efficiently. Several other ski areas in the United States have visited and taken the information gleaned to create or improve their snowmaking.

Even more unbelievable, seven skiers have races in all ten! These skiers received a special 10th Anniversary Award: 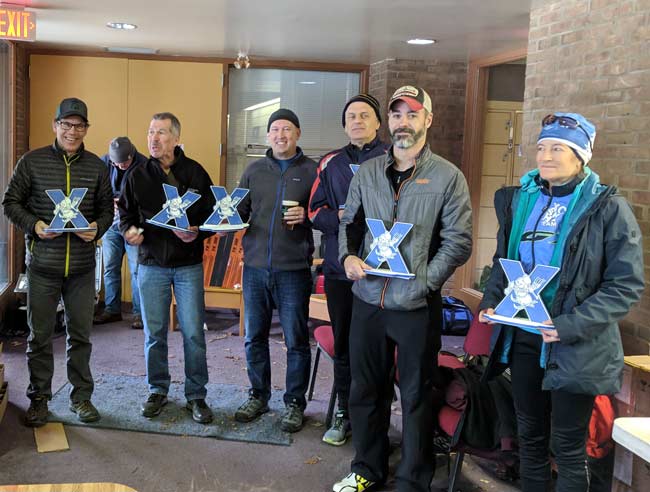 (Missing from photo: Jon Morgan, who had to get home)

Full results are below. For each race, there are three sets of results: Overall, Overall with lap split times, and result sorted by gender and age.