Finally, it snowed! After a very un-snowy holiday season, Hanson Hills go dumped on in time for the 6-Hour Michigan Cup Team Relay. The skating lane was in great shape, although conditions varied from a little icy in place, to super-fine, to slow and sloggy (no, that's not a real word, but it fits the conditions....) as temperatures rose well above freezing in the beautiful sunlight.

Classic tracks...in the hills and trees the tracks were fairly nice. All tracks were very hard. Between the Lodge and the first big hill, there were a number of places where dirt or grass showed through, or were icy from being packed so close to the ground. You could easily jump into the skate lane to avoid. Another few inches of snow will fix this issue for the winter.

Each relay team consisted of three members. There were options for male, female, and co-ed teams, but not women-only teams raced. Each team member had to race at least one lap to get 10 Michigan Cup team participation points for the day.

The Hanson Hills groomers moved cones around on the course to ensure skiers went in the right direction (although one or two skiers somehow missed the directions and did go the wrong way...until someone corrected them). Part of the trail was two way...and two skiers did inadvertently try to occupy the same space. Chris Jones suffered some cuts and bruises but survived to continue skiing. 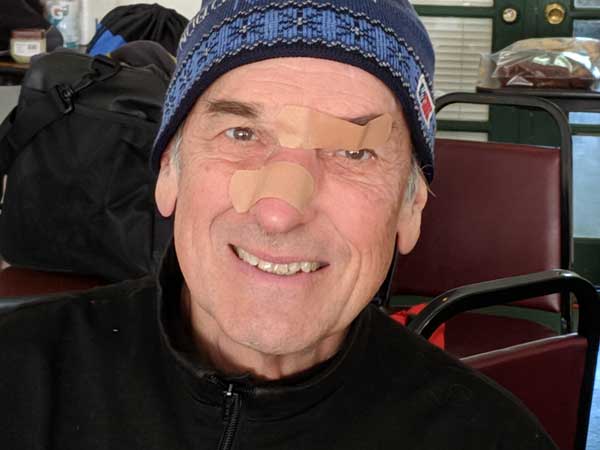 There was also am 8.8km Wilderness Trail Tour that used the single track Wilderness trail through the woods. Three people did the tour. The Wilderness track was hard and slick, with an occasional low spot. 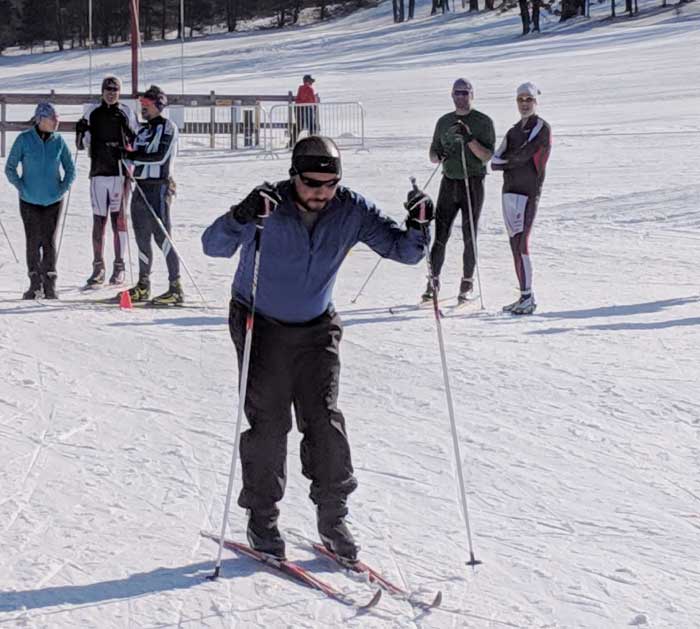 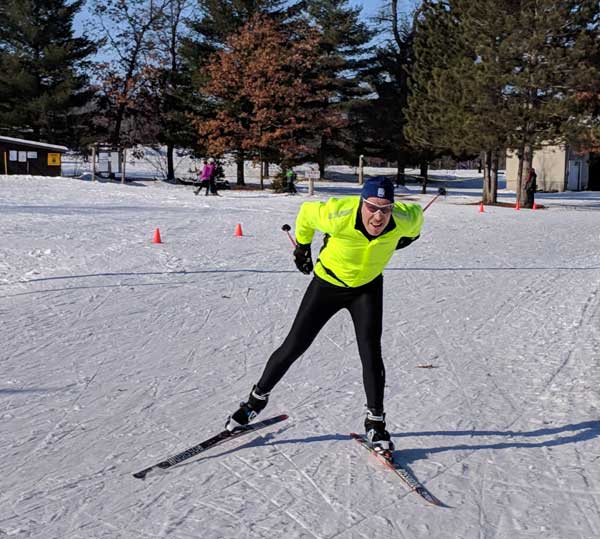 As this was also a pot luck, there was lots of good food in the lodger to enjoy between legs...