RESULTS: Records set at Lakes of the North Winterstart

Close to a record number of skiers attended the Lakes of the North Winterstartski race on Saturday, December 15, which was amazing as most skiers across the state had green grass in their front yards and rain this past week. 122 skiers competed on a beautiful blue ski day with temperatures warming up to mid 30’s at race time. No rock skis were needed. 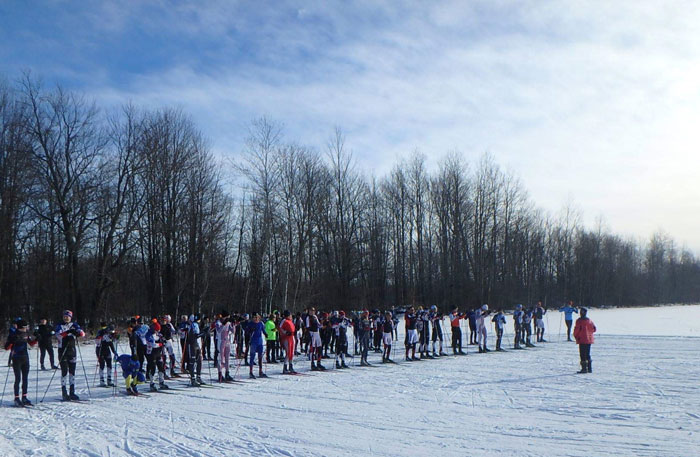 The senior women had a close race as well. Jordyn Ross (Grand Rapids Nordic) and Rebecca Davis (Hanson Hills / Cross County Ski Shop) duked it out with only a 4 second deficit to Jordyn’s winning time of 21:12. Third place went to Mariah Frye Colie (Cross Country Ski Headquarters) with a time of 27:07.

The largest class size was the Men’s 50-59 age group and these guys can ski. Glenn Goodman and Steve Smigiel Jr. both placed in the top 10 overall. Also a large class the 60-69 year age group had three persons in the top 20 overall: Cliff Onthank just clipping Don Camp at the finish and Ken Dawson. 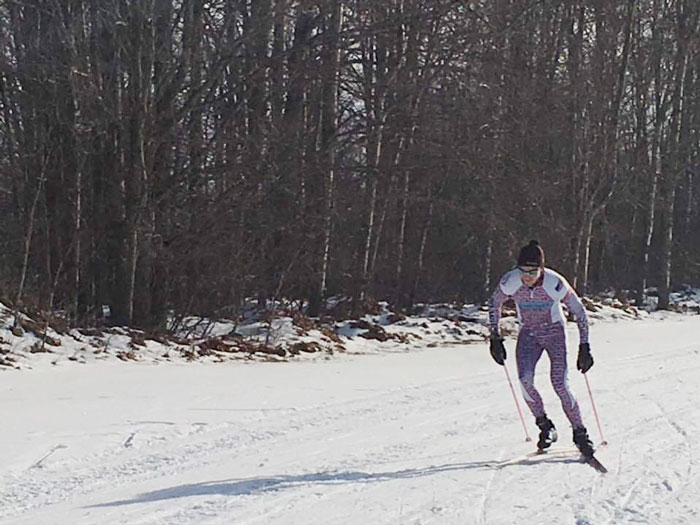 Sam Holmes coming in for the win!

Junior Men and Women had a start that you might suspect Senior Men would pull off: starting before the “GO” command. But race organizers appreciated their enthusiasm and let if go. Next year though there will be counseling at the start.

Thank you all volunteers who helped pass out the finish cards, registration, finish results, and start finish area organization. Thank you the Settings Restaurant and Scott Brown our course groomer who kept this course in race ski condition. Thank you to all racers who attended. And thank you to those of you who stopped your race to help Brenda Carlson Brown who crashed and hurt her knee. This speaks so well of our sport.