The colorful Alaska Ski for Women (ASFW) is North America's largest women-only cross-country ski event. This is a great event where women of all ages and abilities come out to Nordic ski approximately 2.4 miles (4K), many in colorful costumes, while raising funds for local non-profit organizations that help stop the cycle of domestic abuse against women and children. This is not only a fun event, it's also a fundraising event! Through the generous donations of ASFW participants, and the hard work of the all volunteer committee, the race has been able to make an impact in the community by contributing over $1,000,000 to groups that actively work to improve women's lives. A special focus is ending the cycle of violence against women and their families and to help women in crisis find positive solutions to a healthier life. Toko has supported this important event for the past 17 years. 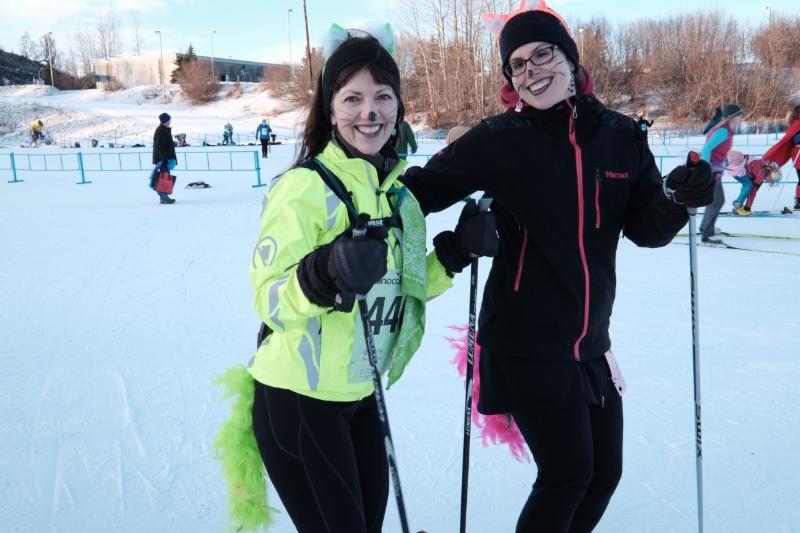 Held every year since 1997 the Anchorage event originally had nothing to do with the Super Bowl and started as a way to get more women out skiing together. That it was set on the same day as the football game was a coincidence -it was the only Sunday left with no race scheduled when the initial reservations were made. Since then, organizers kept the race on the day of the Super Bowl because it offered a great reason for women to have fun and raise money on a winter day when people are in a celebratory mood already. 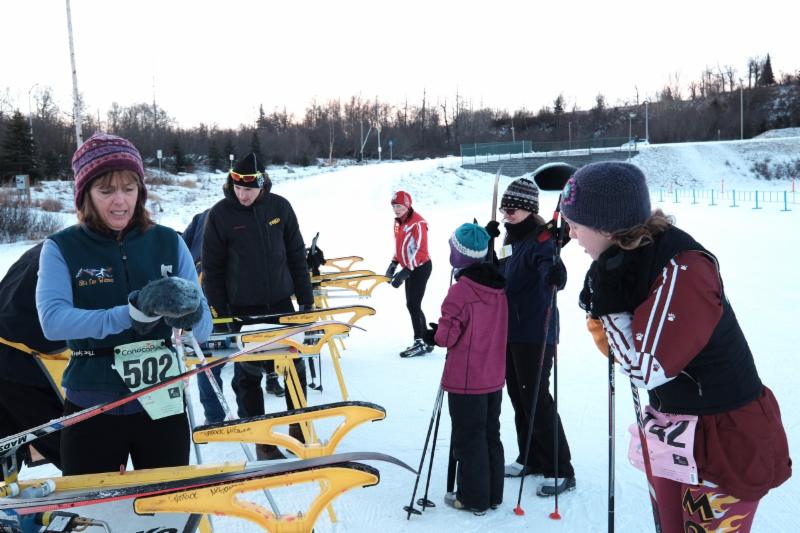 The primary purpose of this event is to get women out and take away their excuses. It certainly is a nice date and the event gets done in time to watch the Super Bowl. Race Director, Tamra Kornfield said 500 women signed up for the event this year, a slight drop from last year's numbers but the goal is to get more women interested in the sport as well as supporting a good cause. While it's not yet known exactly how much money was raised this year, Kornfeld said last year the group raised about $50,000 in donations. Teams dressed in costumes including a Chinese dragon, hot air balloons, a lion, a gorilla, devil's club and public school busses. A team dressed as "Google Maps" claimed victory in the costume contest. Olympic cross country skier Kikkan Randall was one of the costume contest judges. Randall said that the trail was well-maintained with manmade snow despite the lack of natural snow. Were it not for the snow making equipment at Kincaid Park the last two season, the Ski for Women might well have been a walk as it was in 2005 when there was no snow on the ground. 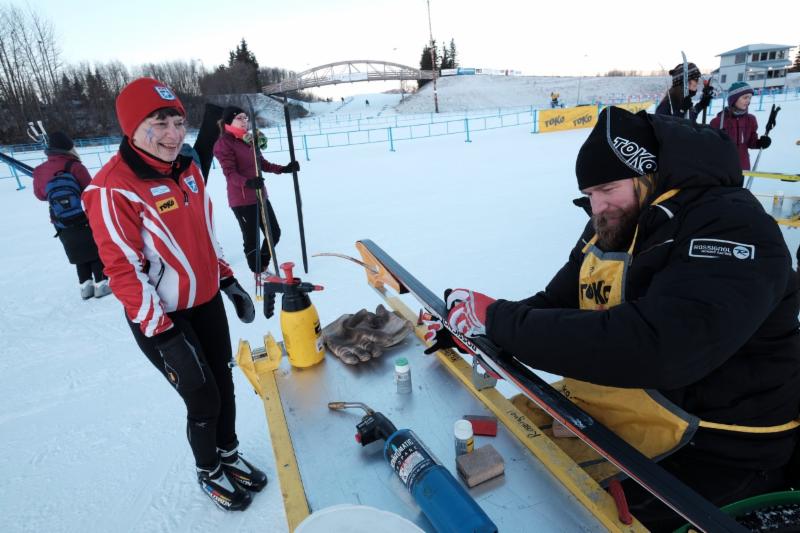 I have been a wax volunteer for the ASFW since the inaugural event in 1996. Initially a group of volunteers took over the Kincaid Park wax bunker and provided skate and kick wax services. TOKO started providing wax for the event in 1999 when I first came on board as a member of the TOKO Tech Team. The bunker was being renovated in 2001 for the World Special Olympics held in Anchorage and was unavailable for use for the Ski for Women. That year, myself and Mark Strabel set up our tables and tents in the stadium near the start and provided kick wax service to participants. Being near the start and seeing the costumes and the joy of the participants gave good reason to continue with kick wax service outside in the stadium. Glide wax service is also provided through rub-ons and paste. The following year TOKO became the proud and exclusive wax product sponsor of the Ski for Women and has been ever since. 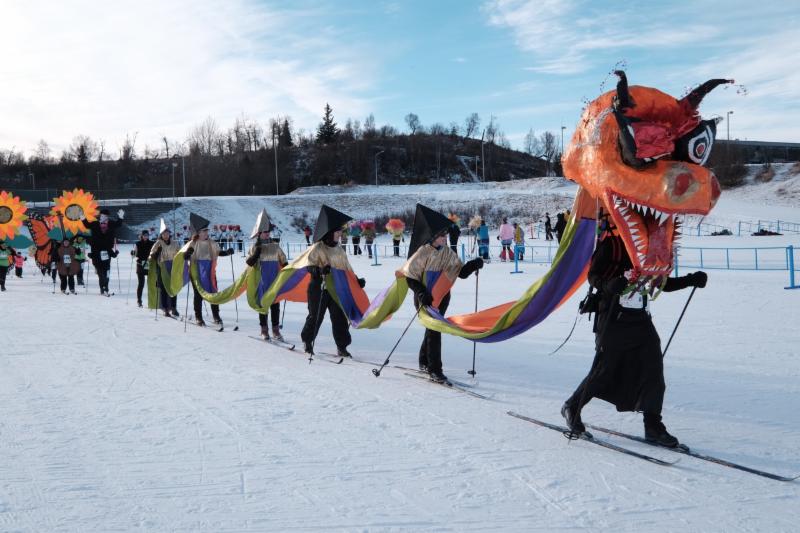 In the 20 years I have been associated with this event there have been many volunteers who have stood outside and waxed skis. Some come for a year and others keep coming back. Each volunteer gets a TOKO hat and an apron. It is understood that regardless of the weather preceding the event or the forecast the day before, the morning of the ASFW will be cold and windy. These past few years I have been fortunate that a reliable core of volunteers has been available to wax. Chet Fehrmann, Ira Edwards, Eric Schwalber, Jay Holton and Matt Claman. 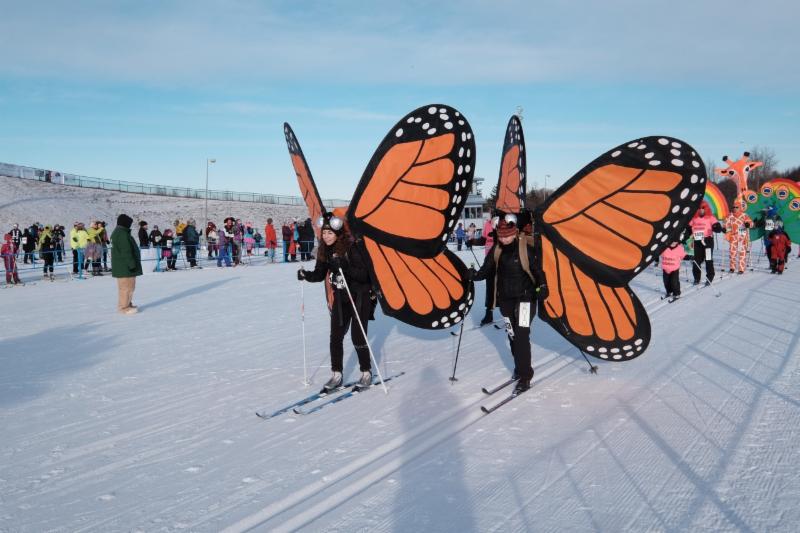 Toko is proud to support the Alaska Ski for Women and will continue to support it. Thank you to the organizers and the other supporters who make it possible. 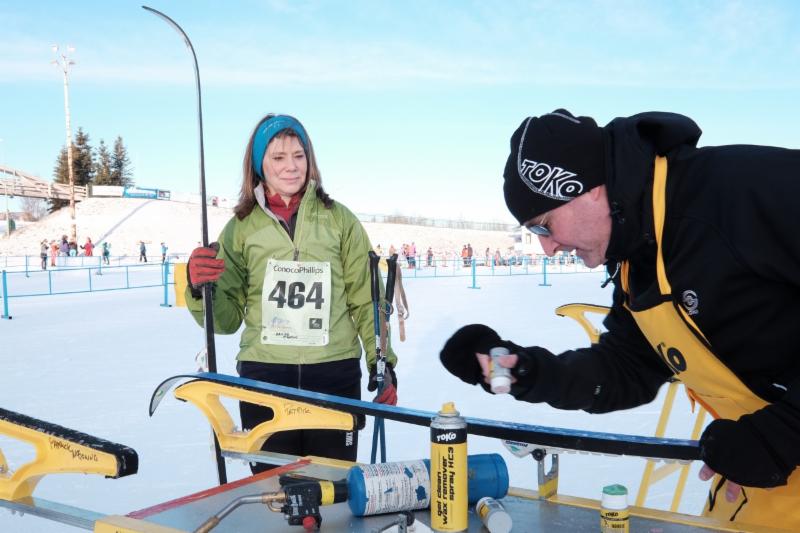 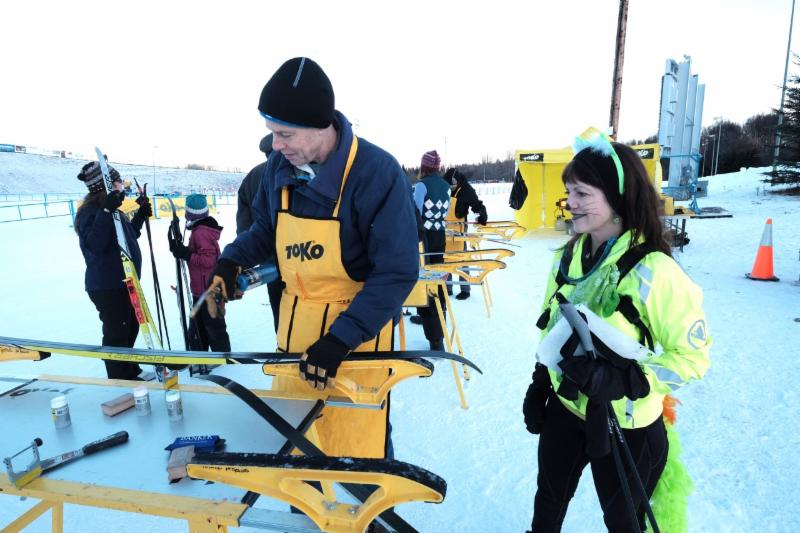