Coon Valley, WI. Borah Teamwear, a long-time supporter and recent sponsor of the American Birkebeiner, has collaborated with the renowned Birchleggings Club, providing an exclusive custom Nordic apparel collection available to the 1300 plus members.

The genesis and purpose for the Birchleggings Club was from a letter that was written by John Kotar, one of the Birkie Founders, to the American Birkebeiner Ski Foundation Board of Directors in 1992. Using the Founders Group as a nucleus, the idea was to create an organization that would remain after all the original founders were gone or no longer participating in the American Birkebeiner ski race, by recognizing all those skiers who completed 20 Birkebeiner races (not necessarily in consecutive order). 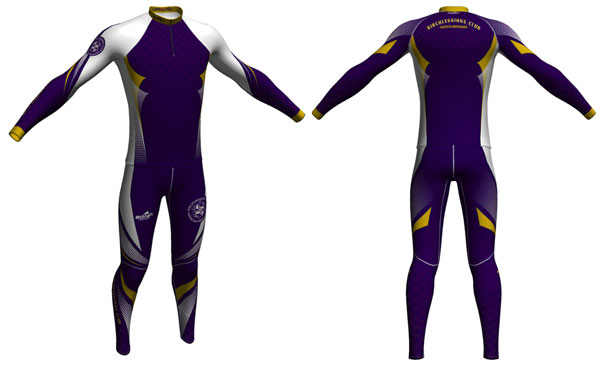 The design theme compliments the historic bib color of purple and gold, and will certainly be one easily recognized (and respected) on the trail. "We’re honored to be working with the Birchleggings Club on their 2014/15 apparel offering,” said Chris Jackson, Borah’s Owner and CEO. “The goal was to create a design that would appeal to a wide range of members, from elite wave skiers, to classic only skiers, and I couldn't be more proud of our design team, creating a custom collection which maintains the authenticity of the club, yet incorporates a modern design," added Jackson.

Click here to see the Birchleggings Club collection and look for Jackson sporting the purple and gold theme in the 2015 American Birkebeiner, as he too, joined the club just last year.